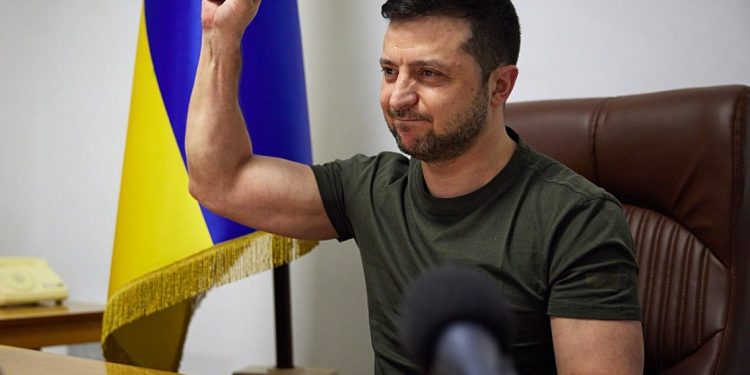 “On behalf of the Ukrainian people, I give you a chance, a chance to survive,” he said in an address to Russian troops, according to a translation provided on the video. “If you surrender to our forces, we will treat you the way people are supposed to be treated — as people.”

“In a way you were not treated in your army. And in a way your army does not treat ours,” he added.

Russia invaded Ukraine on February 24. In the weeks since, Russian forces have shelled towns across the eastern European country.

Ukraine has said Russian troops have attacked a maternity hospital and other civilian areas, despite prior claims from Russia saying it would not be targeting civilians.

Zelenskyy said in his address that he believes Russian troops have committed war crimes.

The United Nations Human Rights Office of the High Commissioner said on Tuesday that at least 691 civilians had been killed in Ukraine since Russia’s invasion began.

The agency said it believes “actual figures are considerably higher.”

“Most of the civilian casualties recorded were caused by the use of explosive weapons with a wide impact area, including shelling from heavy artillery and multiple-launch rocket systems, and missile and air strikes,” the agency said.