You shouldn’t feel you have to delete your period-tracking app because Roe v. Wade was overturned — but you should know the risks, expert says 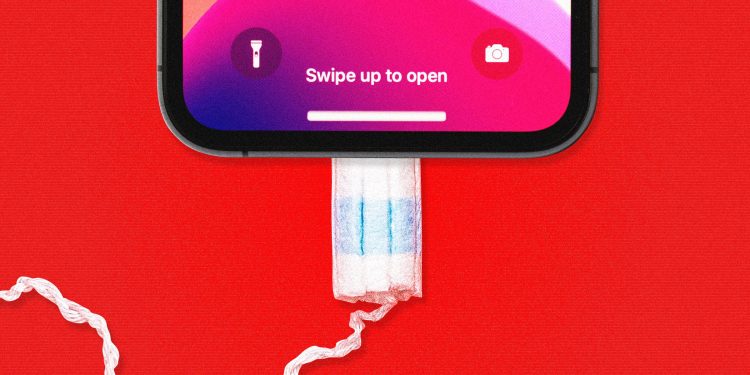 User data from period-tracking apps could be accessible by law enforcement authorities if Roe v. Wade is overturned.

Period-tracking apps are used by tens of millions of people to help predict the onset of symptoms, track ovulation cycles, and plan for pregnancy. The tradeoff: users plug highly personal information into an app that may not be keeping their data entirely safe.

Previously, privacy concerns around period-tracking apps centered on data being passed to companies, such as Facebook and Google, for advertising purposes.

Now those concerns have intensified after the US Supreme Court has overturned Roe v. Wade, thereby making abortion illegal in 23 states.

With Roe overturned, it’s possible the companies behind period-tracking apps could be compelled to hand user data to law enforcement authorities in some states, which would be able to subpoena the companies for data indicating a user had an abortion.

Eva Blum-Dumontet, a tech policy researcher who in 2020 published research on the privacy practices of period-tracking apps, said users needed to be aware of the risks that come with using them.

She told Insider that if people find period-tracking apps genuinely useful they shouldn’t feel they have to get rid of them, because the risk of data being handed to law enforcement is low. At the same time, she said, she doesn’t want to give users a “false sense of security.”

“It’s unlikely that those data will be shared, but not impossible,” she said.

Blum-Dumontet said that in recent years, period-tracking apps had got better at caring for user data, having been placed under closer scrutiny by the public and regulators.

The popular period-tracking app Flo reached a settlement with the Federal Trade Commission in January 2021 after a 2019 report by The Wall Street Journal found it had shared sensitive user data with third parties including Facebook.

Blum-Dumontet thinks the companies behind period-tracking apps could do more to protect their users’ data from being handed to third parties. “They’re still not perfect in many ways,” she said.

The user mistrust faced by period-tracking apps is partly down to the way they store user data centrally, from where it could be accessed by others. A solution could be to instead process data locally on users’ phones, meaning that even the companies behind the apps wouldn’t have access, Blum-Dumontet said.

Some period-tracking apps have responded to user anxiety in the wake of the Supreme Court leak in May.

Flo, which has been downloaded more than 50 million times from Google’s Play Store, said: “Flo does not share health data with any third party.”

Berlin-based Clue, which has more than 10 million Play Store downloads, said that because it’s based in a European Union country, it would be able to fight US demands for sensitive user data because of “special protections” that apply to its users’ reproductive health data. “We will not disclose it. We will stand up for our users,” the company said in a tweet.

A Clue spokesperson told Insider: “While we share limited user data for our own marketing purposes, we never share personal health data that users track in the app.”

Blum-Dumontet said the statements from the companies were encouraging but needed to be followed by “concrete action” — such as a promise to notify users when their private data has been requested by law enforcement.