‘Yellowstone’ is a massive hit and its creator is making 7 other series. Here are all the details. 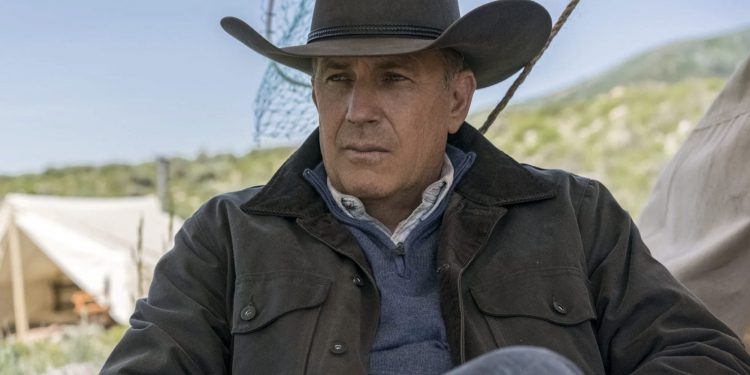 The show’s season four finale, starring Kevin Costner as a powerful rancher, was watched by 9.3 million viewers on January 2 — the biggest cable telecast since 2017. It’s also up substantially from the 5.2 million viewers who tuned in for the season three finale the day it aired.

Beyond the ratings, other data shows that “Yellowstone” has grown its audience with each season.

Parrot Analytics measures audience demand, which accounts for the interest in and engagement with, or overall popularity, of a TV series.

Audience demand in the US for the full season four run was:

But “Yellowstone” is only one series from its creator, Taylor Sheridan, who is developing several other projects, including ones that expand the “Yellowstone” franchise.

Two other Sheridan shows have already premiered on Paramount+. ViacomCBS, Paramount’s parent company, is betting on Sheridan as a brand for its streaming platform, even though the streaming rights for “Yellowstone” itself belong to NBCUniversal’s Peacock, which landed the series in 2020. (Paramount+ launched in March 2021.)

So, the first three seasons are available on Peacock, new episodes air on Paramount Network, and spinoffs are set for Paramount+.

The Paramount+ Sheridan strategy has been successful so far.

After the “Yellowstone” prequel, “1883,” debuted on Paramount+ in December, the streamer said it was its most watched original series premiere yet. The premiere also aired on Paramount Network last month, where it scored 4.9 million viewers.

Since it debuted, “1883” has been 10.7 times more in demand than the average series in the US, on part with “Yellowstone” season one, according to Parrot Analytics.

And “Mayor of Kingstown,” another Sheridan-created Paramount+ series, has been 19.2 times more in demand than the average series in the US since debuting in November, Parrot Analytics said. That’s closer to the demand for “Yellowstone” season three.

The figures indicate that the “Sheridan universe” has potential to help Paramount+ grow is subscriber base.

Below is everything that Sheridan is making beyond “Yellowstone,” in alphabetical order:

“1883” is a prequel to “Yellowstone,” starring Sam Elliot, Tim McGraw, and Faith Hill. Paramount+ notes that the series “follows the Dutton family as they embark on a journey west through the Great Plains toward the last bastion of untamed America.” Four episodes of the first season are currently available on the service, with episodes airing weekly.

“6666,” based on the historic Texas ranch that showed up in “Yellowstone” season four, is a spinoff of the series in the works.

“Bass Reeves” (To be determined)

David Oyelowo is set to star as the title character, who was the first Black deputy US Marshal in the American West.

Sylvester Stallone is set to star as a New York City mobster who relocates his family to Kansas City, Missouri. Sheridan is executive producing, while “Boardwalk Empire” creator Terence Winter is on board as showrunner.

“Land Man” is in the works with Billy Bob Thornton in talks to star. It’s based on a Texas Monthly podcast about the oil business.

Nicole Kidman and Zoe Saldana are in talks to star in this series about female marines. Producer and actress Jill Wagner is producing with Sheridan.

The season one finale of “Mayor of Kingstown,” which stars Jeremy Renner, dropped on Paramount+ on Sunday and season two is in the works. The streamer says that the series “follows the McLusky family – power brokers in Kingstown, Michigan where the business of incarceration is the only thriving industry.”