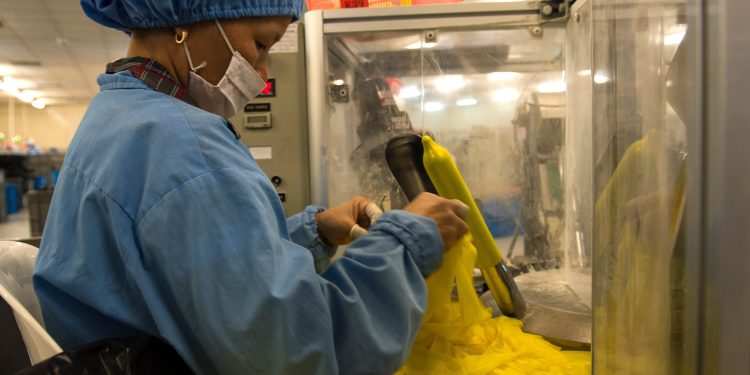 World’s largest condom maker Karex said demand was down in the last two years amid the COVID-19 pandemic.

Condom sales declined precipitously during the pandemic, according to the world’s largest manufacturer of the contraceptive, which saw sales falling as much as 40% in the last two years, according to Nikkei.

While many would assume that people would have nothing to do “but have sex” indoors due to movement restrictions, that didn’t appear to be the situation, Karex CEO Goh Miah Kiat told the media outlet.

The Malaysian contraceptive company produces around 5.5 billion condoms a year and is a supplier to brands like Durex and ONE Condoms. It also produces its own condom brands.

Karex had assumed at the start of the pandemic that condom demand would surge as people cooped up at home practice birth control due to economic uncertainty, Bloomberg reported in March 2020, citing Goh. Goh also predicted a condom shortage at the time due to pandemic-fueled factory shutdowns.

Instead, condom demand slumped, not just for Karex but for others like Durex and Trojan, too, as lockdowns hit social life.

Goh told Nikkei condom demand fell when hotels and motels closed, as these locations had provided privacy. The sex industry, too, was impacted by the health crisis, with in-person sex providers facing a challenging market.

“A large portion [of condoms] is distributed by governments around the world, which have reduced [distribution] significantly during COVID-19,” Gold told Nikkei. “For instance, in the United Kingdom, the NHS [National Health Service] shut down most nonessential clinics because of COVID, and sexual wellness clinics which hand out condoms were also closed.”

Karex posted a full-year loss for its fiscal 2020 ending June — the company’s first since it went public in November 2013. The company’s share price on the Bursa Malaysia exchange fell almost 50% in 2021.

In recent weeks, condom sales have improved, Goh told Nikkei. This is in line with data from other major condom sellers like Durex and Trojan that reported improved sales as movement restrictions lifted.

But Karex is not taking any chances — it plans to diversify into medical glove manufacturing, which has seen explosive growth during the pandemic. Similar raw materials and technologies are used in condom and glove-making, said Goh, per the Nikkei.