Working was pointless at best and ‘degrading, humiliating and exploitative’ at worst, says Reddit moderator behind the influential ‘antiwork’ 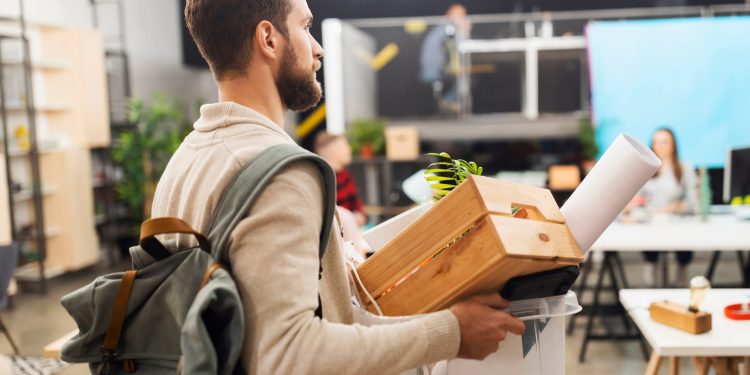 The reasons driving the Great Resignation transcend much more than simply a desire to work less.

A moderator of a viral “anti-work” Reddit thread has said she left traditional employment because much of her work was “degrading, humiliating and exploitative.”

The thread – r/antiwork – has nearly 1.6 million members and is part of a movement towards the “antiwork” rejection of the traditional idea of a nine-to-five job in favor of more leisure and fulfilment.

“I think there’s a lot of positions that just don’t make any sense, that do not have to exist,” Doreen Ford, a moderator of the channel, told the FT.

“You’re just pushing around papers for no good reason. It doesn’t really help anybody,” she said.

Ford, 30, spent 10 years working in retail, but left her job in 2017 after her grandmother advised her to follow her passion for dogs.

She now walks dogs part time and has never been happier, she told the FT.

“Usually, at best, [working was] pointless,” said Ford. “And at worst it was degrading, humiliating and exploitative.”

She added: “Most of us are just normal people. We have jobs that we don’t like, which is the whole point of why we’re in the movement to begin with.”

The thread, whose the full name is “Antiwork: Unemployment for all, not just the rich!”,  was started in 2013.

For years its membership numbered in the low thousands, before growing exponentially since the onset of the pandemic, which fueled a reassessment of work and its value and prompted a “Great Resignation” of resignations.

The Reddit thread now receives an average of 1,500 posts a day, in which members – so-called “Idlers” – share accounts of bad bosses and encourage each other to quit, similar to the Tang ping movement in China.

Membership of r/antiwork has grown exponentially since the beginning of the pandemic.

Insider’s Hilary Hoffower reported how Gen Z and millennial workers were leading the way by trading in bad jobs for careers that offer greater purpose and meaning — while many older workers are choosing to switch to self-employment or early retirement.

A record 4.5 million Americans quit their job in November.

The reasons driving the great resignation transcend much more than simply a desire to work less.

Kentuckians, whose state is at the epicenter of America’s Great Resignation, outlined fears over the Omicron variant, a dearth of accessible childcare and social inequalities as among the reasons to Insider’s Juliana Kaplan, Hillary Hoffower, and Madison Hoff.