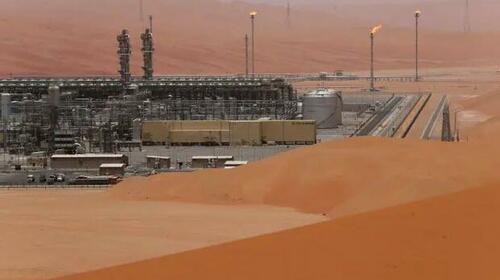 By Irina Slav of OilPrice.com

Big Oil majors in the United States have found themselves the target of much pressure to boost production lately, as prices go wild amid a tight—and tightening—market. At the same time, the U.S. government, as well as the EU, have been looking all over the world for more supply. Wood Mackenzie just had some bad news for them. According to new research from the energy consultancy, more than half—65 percent, to be precise—of the world’s discovered oil and gas reserves are under the control of national oil companies.

The reason this is bad news is that, in addition to NOCs like Saudi Aramco, QatarEnergy, and Abu Dhabi’s Adnoc, these companies also include Russia’s Rosneft and Gazprom, the National Iranian Oil Company, and Venezuela’s PDVSA.

These seven companies, according to Wood Mac analysts, can keep producing oil and gas at their current rates for the next 40 to 60 years or even longer if they tap their spare capacity.

It was national oil companies that have made 41 percent of all new oil and gas discoveries in conventional resources since 2011, the analysts noted. What’s more, the NOCs’ share in new discoveries has been on the increase since 2018 as the energy transition push prompts the evolution of their exploration strategies, the report said.

In total, national oil companies have discovered more than 100 billion barrels of oil equivalent since 2011, the report said, which was twice what oil majors discovered. But not all is rosy for the NOCs. Unlike the majors, NOCs were significantly worse at commercializing these new discoveries, the Wood Mac analysts noted.

This could, of course, change with the right incentive. Right now, however, it seems that the NOCs, especially in the Middle East, don’t have much of an incentive, especially as prices begin sliding under the weight of recession fears.

The fact remains, however, that most of the already discovered oil and gas in the world, two-thirds of it, is under the control of just seven companies, of which four are subject to sanctions from some of the world’s biggest oil and gas consumers.

One might brush this off on the basis that these large consumers, in the face of Europe and the United States, notably, are moving towards an economic model much less dependent on fossil fuels than it has been hitherto.

An argument could be made—and it has been made by organizations such as Ember—that these barrels of oil and cubic meters of gas are future stranded assets that will fade into obsolescence before the middle of the century rolls around.

Just how valid such a brush-off or an argument would be, however, is a different matter. The last six months, and especially the last three months, have prompted some serious reconsiderations of priorities in European capitals and in Washington. Both have gone from staunch opponents of oil and gas to cautious defenders as energy security trumped emission fears for the first time in years.

As true as that might be, the governments of Europe and the U.S., two of the biggest consumers of oil and gas globally, believe that this refocusing on energy security will only be a short-term matter. Oil and gas will be necessary only for a few more years, their reasoning goes, until we build enough wind parks and solar farms. Coal, too.

The fact that European buyers are signing long-term contracts for U.S. LNG, however, suggests something else. It suggests an acknowledgment that oil and gas might very well continue to be necessary for not years but decades to come.

And there are just seven companies that can keep supplying that oil and that gas for decades to come without regulatory, government, or activist investor pressure of the kind Big Oil has been subjected to in recent years—pressure that has been affecting its production rates. The future, then, belongs to national oil companies.