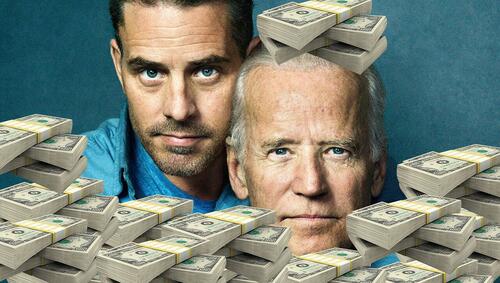 The White House won’t rule out granting pardons to Hunter Biden or James Biden, the son and brother of President Joe Biden, as investigations over their international dealings heat up.

“That’s not a hypothetical I’m going to entertain,” White House communications director Kate Bedingfield told reporters last week when asked during the daily press briefing. “I don’t have anything to add from this podium.”

Bedingfield was reluctant to address any aspect of the Hunter Biden story, after CNN, The Washington Post, and the New York Times recently published stories about the federal tax probe into Hunter Biden and his foreign business deals.

When asked additional questions about Hunter Biden and the president’s brother James Biden, Bedingfield would only reply, “I don’t have anything further to add from this podium.” -Breitbart

A reporter asks Kate Bedingfield if Biden “might use his pardon or commutation power” for Hunter Biden:

“That’s not a hypothetical I’m going to entertain.” pic.twitter.com/cS9vMe53he

Two weeks ago, the New York Times confirmed Hunter Biden’s controversial laptop exists, and is legit – and confirmed several previously reported aspects of the story, including correspondence between Hunter and his business partner Devon Archer, both of whom served on the board Ukrainian energy giant Burisma.

Contained on the laptop were a trove of emails, text messages, photographs and financial documents.

Last week, the Washington Post and CNN piled on – with the post reporting on Hunter’s “multimillion-dollar deals with a Chinese energy company,” and CNN running a blistering segment and reporting that the federal investigation into Hunter is ‘heating up.’