What’s behind the prices in the store. Interesting excerpts from the book Principles of Economics 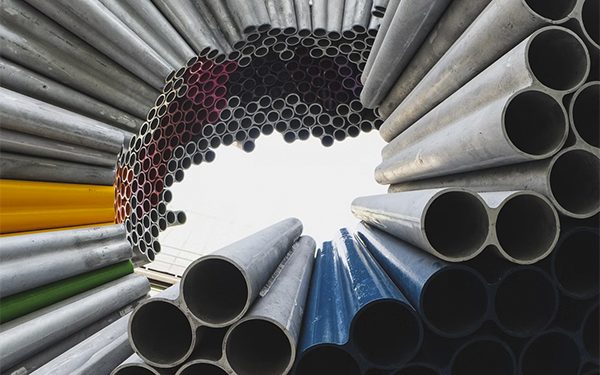 Prices are messengers. They deliver news – sometimes bad news, but more often good news. For example, as a result of technological advances, computers are getting cheaper and better very quickly. Most of those who enjoy the fruits of progress have no idea what has changed in technology. But prices convey to them the end results of such changes, and that is all that matters in their decision-making, increased efficiency, and increased well-being through the use of the computer.

Similarly, if vast new deposits of iron ore were suddenly discovered somewhere, perhaps no more than 1% of the population would know about it, but everyone would notice that items made of steel became cheaper. For example, people thinking about buying desks would find that buying steel desks, compared to wooden ones, is more profitable, and some would undoubtedly change their preference. The same is true when comparing other steel products with competing products in aluminum, plastic, wood, and other materials. Thus, the change in prices would allow an entire society, or rather consumers around the world, to automatically adjust to such an abundance of iron ore supplies, even if 99% of them have not heard about this discovery at all.

Many people are puzzled as to how an incredibly complex, high-tech economy functions without central leadership? It is said that Mikhail Gorbachev, the last president of the Soviet Union, asked British Prime Minister Margaret Thatcher, “How do you make sure people get food?” Thatcher replied that she didn’t. Prices do. Moreover, the British ate better than the Soviets, even though for more than a century Britain had not produced enough food to feed the country. Prices ensure that the British bring in food from other countries.

Take away the role of prices and imagine what a huge bureaucracy it would take to provide the City of London alone with tons of food of all kinds that it consumes every day. Nevertheless, it is quite possible to do without such an army of officials (and they can work more productively in another area of the economy), because the simple price mechanism does the same job faster, cheaper and better.

The same is true in China, where the communists, still in power, allowed free markets into much of the state’s economy by the early 21st century. Although China is home to one-fifth of the world’s population, it has only 10 percent of the world’s arable land, so food supply remains a critical issue, just as it did when regular famines claimed millions of lives. Today, prices attract food to China from other countries.

Price-coordinated markets allow some people to signal to others how much they want and are willing to pay for a product, while others signal what they are willing to offer and for what compensation. Prices that respond to supply and demand move resources from places where they are plentiful (such as Australia) to places where they are almost nonexistent (such as Japan). The Japanese are willing to pay more for these resources than the Australians. Higher prices would cover transportation costs and still bring more profit than selling the same resources in Australia, where their abundance lowers the price. The discovery of large bauxite deposits in India would lower the cost of aluminum baseball bats in America.

Impact on other products

When consumers buy cheese, ice cream, and yogurt, they are, in effect, indirectly paying for the milk from which these products are made. In other words, the money from their sales allows producers to buy milk again to use to continue production. When demand for cheese increases, cheesemakers divert the extra proceeds to buy some of the milk that used to go to ice cream and yogurt to increase production of their own product and meet the increased demand. As cheesemakers demand more milk, the increased demand will cause the price of milk to rise, for everyone, including ice cream and yogurt makers. And they will have to raise prices to compensate for the increased cost of the milk in their products, which will likely cause consumers to buy less ice cream and yogurt.

How will each producer know how much milk to buy? Obviously, they will buy exactly as much milk as will recoup their increased costs from the higher prices of these products. If ice cream consumers are less discouraged by rising prices than yogurt lovers, the decline in ice cream production will result in very little additional milk coming in to make cheese, and the decline in yogurt production will result in more milk remaining.

The general principle here is that the price one producer is willing to pay for any particular ingredient becomes the price other producers are forced to pay for the same ingredient.

When people predict that there will be shortages of engineers, teachers, or food in the coming years, they usually ignore prices or implicitly assume that there will be shortages at today’s prices. But shortages are precisely what cause prices to rise. At higher prices, it would be no harder to fill engineer and teacher jobs than it is today, and just as easy to find food, since higher prices would force people to grow more crops and raise more livestock. Thus, more is usually offered at higher prices than at lower ones, no matter whether oil or apples, lobsters or labor is being sold.

When automobiles began to supplant horses and carriages in the early twentieth century, the demand for saddles, horseshoes, wagons, and other such equipment fell. As the manufacturers of these goods began to make losses, they began to go out of business or close in bankruptcy. In a sense, it is unfair that because of innovations, some people cannot earn as much as others with similar skill and diligence. Unfortunately, the change could not have been foreseen by most of the winners, nor by most of the producers affected by it. But it is precisely this injustice to individuals and businesses that makes the economy as a whole work more efficiently for the benefit of many more people. Would it be fair to consumers to increase fairness to producers at the expense of efficiency and thus lower living standards for people?

Profits and losses are not isolated or independent events. The key role of prices is to link together the vast network of economic activity of people who are scattered too widely to know each other. As much as we think of ourselves as autonomous individuals, we are all dependent both on our circle of acquaintances and on the countless strangers who provide us with the comforts of life. Few of us grow the food we need to live, let alone build a home or produce a computer or car. Others must be encouraged to do this for us, and economic incentives are crucial here. As Will Rogers once observed, “we couldn’t live a day without depending on others.” Prices make this dependence viable and feasible by linking others’ interests with ours.

From Principles of Economics

The post What’s Behind Store Prices. Interesting excerpts from the book “Principles of Economics” appeared first on Business.