“We’re Facing The Biggest Crisis The Country Has Ever Had”: President Of German Employers’ Association Warns Of Historic Crisis Over Russian Gas Cut 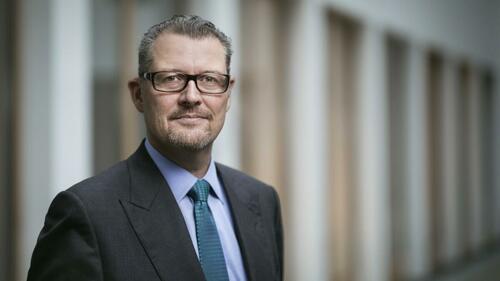 “We’re Facing The Biggest Crisis The Country Has Ever Had”: President Of German Employers’ Association Warns Of Historic Crisis Over Russian Gas Cut

By John Cody of Remix News

Germany is facing an unprecedented crisis due to a potential Russian gas cut that will erase the prosperity Germans have grown accustomed to, warned Rainer Dulger, head of the Confederation of German Employers’ Associations.

“We are facing the biggest crisis the country has ever had. We have to be honest and say: First of all, we will lose the prosperity that we have had for years,” Dulger told the Süddeutsche Zeitung regarding the consequences of a gas shortage to everyone.

While many are urging more government intervention to help prop up the German economy, Dulger argues that in general, the fewer the interventions, the better. He says that when it comes to the economy, private businesses always do better than the government.

However, he does believe certain measures need to be implemented to provide support for people in increasingly stressed economic situations.

“More net earnings from the gross amount must now arrive into every citizen’s account,” he claimed, emphasizing the importance of not reducing the net income of the citizens and ensuring the fair redistribution of profits generated during the crisis.

Dulger is not the only one warning of a crisis in Germany. Economy Minister Robert Habeck warns of a “catastrophic winter” ahead over Russian gas cut fears.

According to him, Germany will face a “crucial test that we haven’t faced for a long time.”

Other experts are predicting mass bankruptcies, inflation, and energy rationing that will send “shockwaves” through the German economy.

The Bavarian Business Association (VBW) warned that as many as 5.6 million jobs across Germany could be lost in the case of a gas supply stoppage from Russia.

According to the association’s calculations, a German boycott of Russian gas could also reduce the country’s economic output by 12.7 percent, with immediate abandonment of the raw material hitting the glass, iron, and steel industries particularly hard; losses in these sectors would be almost 50 percent.

Dulger sees the significant cause of the current situation as the lack of ability to be self-sufficient. For too long, Germany had disregarded something that former German Chancellor Helmut Schmidt warned about in the 1970s.

When deliveries of gas to Russia began at the time, Schmidt said: “We can do it, but we must not depend on Russian gas for more than 30 percent.”