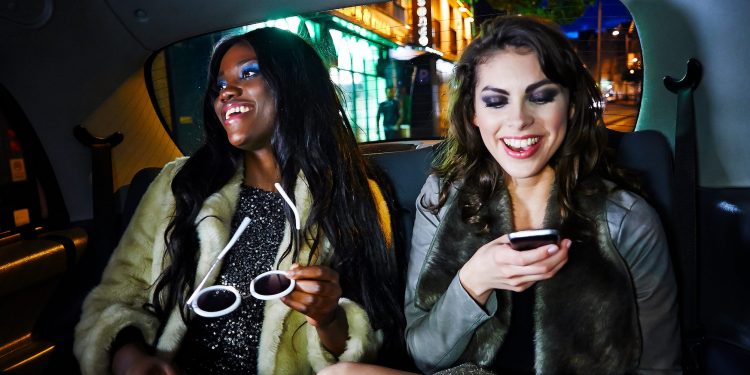 Meditation and green juices are out, late nights and martinis are in.

The “night luxe” aesthetic has replaced the wellness aesthetic that reigned supreme on social media in the 2010s as part of the latest vibe shift, Glossy’s Liz Flora reported. Photos depict the refined party girl’s night out — cocktail in one hand, oyster in the other — donning a slinky slip mini dresses under a darkened exposure. It’s an edgy glam feel, accompanied by #nightluxe or #darkluxuryaesthetic.

The trend symbolizes the desire to let loose after two years of economic distress and intermittent lockdowns in which many felt the pressure to better themselves during newfound freetime. Turning quarantine into a self-care hobby may have been the final nail in the coffin to the well-being mantras that influencers came to preach in recent years. Flora writes that while the wellness trend still dominates, it’s reached a tipping point, prompting backlash for being performative, a signal that it’s on its way out.

“Hedonism is the new wellness,” she wrote.

As TikTok user @thedigifairy explains in a video, night luxe “centers on luxurious urban nightlife and the fashion that goes along with it.”

It’s just one of many aesthetics that have cropped up post-lockdown as part of Gen Z’s retaliation to the 2010s economy in which millennials came of age. Consider the “old money” aesthetic, which also goes by “dark academia.” Like night luxe, it can have moody vibes but it’s marked by an aspiration to the coastal upper crust lifestyle and contrasts with the new money, athleisure feel of the 2010s’ billionaire class or the “California rich” influencer.

There’s also the rise of indie sleaze, another hedonistic party aesthetic. This one hails back to the mid-aughts with club-meets-hipster-meets-grunge vibes. It’s the opposite of the clean, minimal look of millennial productivity and influencing.

As Laura Pitcher points out for Nylon, the irony is that by rejecting the rigidity of the perfectly curated Instagram aesthetic, party girl trends like night luxe have become a new aesthetic to aspire to.

At the core of these counter-trends is nostalgia. Gen Z was the hardest-hit generation in the labor force and they were forced to attend school remotely and socialize almost exclusively through their phones. It prompted reminiscing on times when social media didn’t yet exist.

“While we love the internet, the pandemic’s grave effect on in-person interaction has made the digital world basically all we have,” Michael Pankowski, founder of the Gen Z marketing consulting firm Crimson Connection, told Insider. “So we feel nostalgic for a time before the internet had become so omnipresent.”

What’s different about night luxe from other Gen Z pandemic-era trends is that instead of recalling the mid-aughts, it’s more of a modern-day version of 1920s style — it’s more refined. There’s also its color palette. From indie sleaze to the Y2K resurgence of butterfly clips and spaghetti straps, most of 2020’s youth aesthetics have bursted with color and maximalism. Think lime green, hot pink, and lemon yellow.

Again, these choices can be explained by the economy. Consumers seek out familiar and reassuring colors like browns, neutrals, and blacks during a recession, Jenny Clark, head of color at WGSN, previously told Insider. “On the flip side, when the economy is stronger and the outlook is more positive we tend to see a lot more brights and neons,” she added. That’s exactly what we saw during last year’s short-lived hot vax summer, the period of post-vaxxed bliss as the economy headed toward a boom before new variants and inflation fears popped up.

But the night luxe girl’s favorite color is black, a startling departure from the mainstream. She’s rejecting not just the 2010s, but even the trends of her own peers. Or, maybe she just knows we could be headed for another possible recession.