Watch the first flight of an unusual flying cab 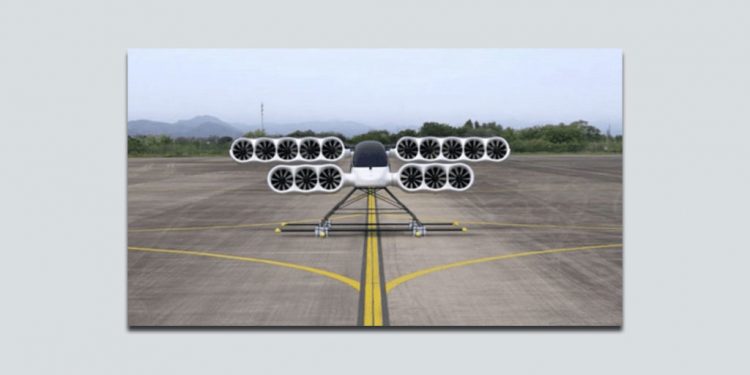 At the time, the lack of specs and the fact that there was no prototype led to speculation in some circles that Pantuo Aviation might have nothing to show but impressive renderings.

Now, after a year of hard work, Pantuo Aviation has dispelled those suspicions by releasing a video of the T1, the Pantala Concept H technology demonstrator on a smaller scale.

The T1 is a 1/2 scale Concept H demonstrator which Pantuo Aviation announced last year will fly at over 300 km/h. At the same time it will have a range of 250 km. The full-scale all-electric aircraft will use lithium-ion batteries, and it will be equipped with 22 large-diameter electric duct fans rather than open rotors.

According to Pantuo Aviation, the main goal for the T1 is to test the possibility of a tandem layout and ducted wing with a distributed propulsion configuration. “Through the development of the T1, we also created advanced interdisciplinary modeling capabilities and tested the concept’s critical aerodynamics, electrical power system and flight control design,” the company explained in a statement.

HPV, cancer and syphilis mixture created “immortal” cells: what is known about them