Want to work while traveling abroad? See how these 3 virtual workers applied to ‘digital nomad visas’ in countries like Malta and Bermuda 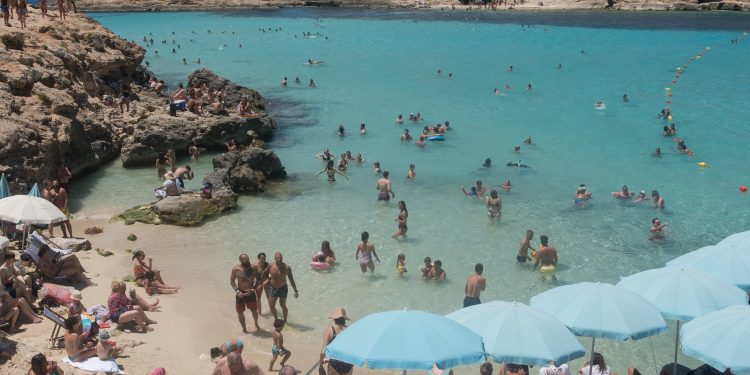 Prior to the pandemic, the term digital nomad was fundamentally at odds with the corporate 9-to-5 crowd. Now, tourism-dependent countries are hoping the new wave of remote workers with consistent paychecks will create a more reliable source of economic activity.

That’s the case for Sean McNulty, the CEO and founder of asset management firm XIB International. The 38-year-old Canadian has been living and working remotely from Bermuda with his wife Jana through the island’s digital nomad program since November 2020. He told Insider they plan to live on the island for at least three more years and are considering raising a family there.

After applying through the program website, the couple was approved “within a week,” McNulty said, adding that working in finance likely aided his application as Bermuda looks to diversify the economic activity on the island.

Applicants must pay a $263 fee, provide proof of employment outside of the island, and demonstrate they can afford the local cost of living.

“The lifestyle and the work life balance here, I don’t think you could beat that anywhere in the world,” McNulty told Insider. “If you just be a good human and have fun then it’s hard not to be happy here.”

Benjamin Rogers, a 23-year-old marketing specialist from the United Kingdom, told Insider he’s in the process of applying to Mexico’s temporary residence visa. He said he plans on working abroad without the permission of his current employer, but hopes to keep his position at the company. Applicants must make around $2,600 a month in order to apply.

Once in Mexico, Rogers said he plans to stay in Airbnbs in different areas of the country and create content for his travel blog, The Lonesome Wanderer.

“It feels like we’re on the edge of the swingin’ sixties, but with less acid and more Microsoft Teams,” he told Insider, adding that he views the digital nomad community as a “movement” that values creativity.

For 35-year-old music blogger Osei Kojo Enoch, working remotely from abroad was more an economic necessity than a lifestyle option.

“You really don’t have a choice because unemployment in Ghana is a very serious thing,” he said. “The reason I started [a virtual business] was a result of not finding a job after graduating from school.”

After launching his website from Ghana, Enoch said he wanted to work from a country with better electricity, internet access, and potable water. However, his travel options were severely limited by his West African passport, he told Insider.

“Unlike people from the West who can just take their passports and travel to any part of the world, people coming from places like in Asia and Africa, most everywhere you go, you will need a visa,” Enoch said.

Last year, Enoch applied for Dubai’s remote worker visa, a program that launched in 2020. He said he chose Dubai due to the city’s infrastructure, safety, weather, and lack of a personal income tax.

In order to qualify, applicants need to submit proof of employment for the one-year duration of the visa with a minimum monthly salary of $5,000. The entire application process took a total of six weeks, according to Enoch.

“I needed better opportunities in life so that is what brought me to Dubai, and I also love to travel,” he said. “It’s like killing two birds with one stone.”

Even with a Dubai work visa, Enoch said he was still unable to travel outside of the UAE due to his Ghanaian passport, which he said led to a UK tourism visa being denied.

The experience prompted him to apply to Malta’s digital nomad visa, which allows for travel within the Schengen area — a region containing 26 European Union member countries where travelers can move freely without dealing with border control. For this, he enlisted the help of Citizen Remote, a start-up that offers digital nomad visa consultations and assistance.

Enoch said he paid a total of €2,800 fees throughout the application process, which he described as much stricter in terms of vetting compared to Dubai. However, Malta’s digital nomad program only requires a monthly income of €2,700 — approximately €2,300 less than Dubai’s monthly income requirement.

Despite the growing overlap between digital nomads and influencer territory, Enoch warned that the lifestyle isn’t always as great as it seems on social media.

“It gets very lonely,” he told Insider. “The one year that I’ve been working at a co-working space, I really haven’t been able to make many friends … a lot of people come and they don’t tend to live in that place for a long time.”