Wall Street investors believe a Fed blunder on interest rates is a bigger threat to the market than inflation, survey finds 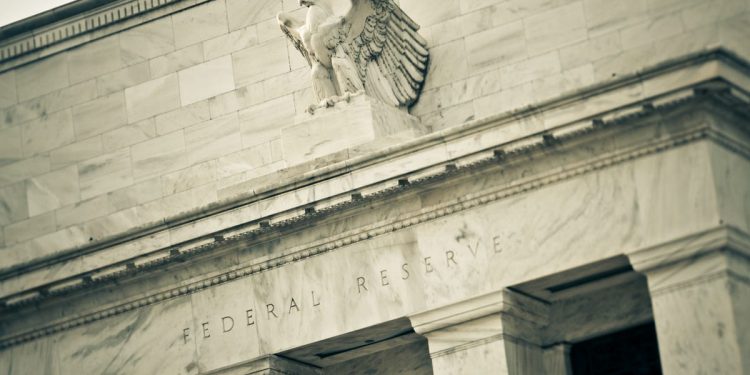 Wall Street investors think a policy mistake by the Federal Reserve is a bigger threat to the stock market than US inflation or the Russia-Ukraine war, a CNBC survey found.

Almost half of the 400 investors polled in the CNBC Delivering Alpha survey this week said a Fed policy error is the greatest threat to the market right now.

Around a third of those polled highlighted soaring inflation in the US as a key concern, while just 11% said Russia’s war with Ukraine is the biggest threat.

The Fed has come under fire for its handling of surging inflation in the US, which is at a 40-year high. Key figures have been vocal in their criticism of the Fed’s battle with inflation and how it dealt with it through the pandemic, with many fearing a recession and doubting the Fed’s ability to deal with inflation effectively.

Economist Mohamed El Erian said last week, “The whole point of forward policy guidance by the Fed is to bring along the markets in an orderly fashion,” El-Erian told Bloomberg. “Instead, we’re seeing the markets run away further from the Fed and do so in a disorderly fashion, and that is why the risk of a policy mistake is so high.”

He attributed the volatility in the market to what he said were mixed messages from the Fed on rate hikes and worried about recession.

“Now that you’re in this position and you’re going to end up making a mistake, which is a high probability outcome, I’d rather make a mistake of letting inflation persist than throw this economy into recession,” El-Erian said.

Billionaire investor and “Bond King” Jeff Gundlach has been sharply critical of the Fed.

“Their job is to fight inflation,” he said about the Fed on March 9. “They’ve done a terrible job of it so far.”

The Fed this month hiked interest rates for the first time since 2018 by 0.25 percentage points to tackle inflation.

Chair Jerome Powell signalled even more aggressive rate hikes will come if needed, comments that sparked a sell-off in the bond and equity markets. The Fed will also reduce its balance sheet significantly and cut down on its asset holdings worth trillions of dollars. It has been unclear on its exact plans.

The Fed pulled rates close to zero in March 2020 as COVID’s spread sparked widespread lockdowns and froze economic activity across the US. The low rates helped people and businesses borrow cash at low costs, giving Americans a major support as the country slid into the deepest recession in nearly a century.

Inflation is running at its fastest pace in four decades. The consumer price index (CPI), which measures the price of everyday goods and services, rose by 7.9% in February compared with a year ago, the highest since 1982.

Billionaire investor Carl Icahn said in February the Fed’s money-printing “party” will end badly because it can’t control inflation and predicted trouble for the economy.

“I really don’t know if they can engineer a soft landing,” Icahn said. “I think there is going to be a rough landing.”