Video of woman accusing Ukraine of war crimes in Mariupol was a fake made by Russia’s FSB spy agency, report says 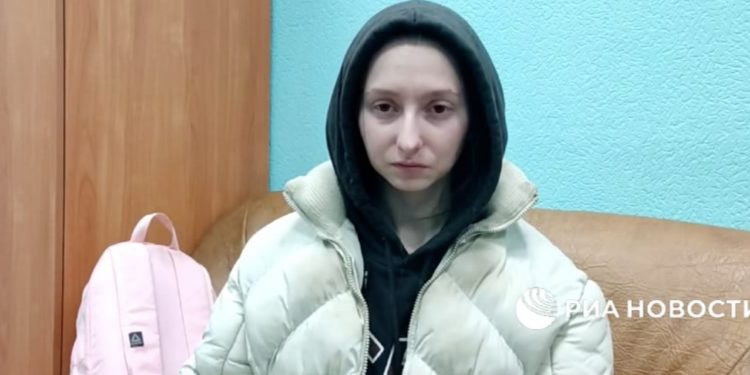 A screenshot of the video that Russian state media shared and said was of a Ukrainian refugee describing war crimes.

A video appearing to show a woman in the besieged Ukrainian city of Mariupol accusing Ukraine-allied troops of war crimes is actually a fake and was created by Russia’s security service, the independent Russian news outlet Mediazona reported.

Mediazona reported that Russia’s FSB spy agency — the KGB’s successor — was behind the video, and that it sent it to Russian state-allied media outlets for distribution and telling them not to report its instructions.

The video purports to show Lyubov Ustinova, which Russian media described as a refugee from Mariupol, accusing a volunteer militia called the Azov Battalion that is fighting for Ukraine of killing and brutalizing innocent civilians. Some Russian state media outlets shared it on March 24.

Mediazona shared screenshots of what it said were emails from the FSB to the media outlets, giving them the instructions. It said that the FSB sent the video to news outlets under the condition that the outlets do not say where the video came from.

The state-run RIA news agency shared the video on Telegram, with the caption that said Ustinova said “neo-Nazis” were “proud of brutally killing city residents.”

The Azov Battalion is part of Ukraine’s National Guard, and has been accused of human-rights abuses, and has historically had neo-Nazi members and featured far-right symbols.

Russia has used Azov to baselessly claim that Ukraine has been taken over by Nazis in its justification to invade.

Mediazona reported that Ustinova did not reply to messages on social media, and that her relatives said she was evacuated from Mariupol on March 20.

One of her friends suggested to Mediazona that Ustinova could have been told what to say by Russian forces.

The friend also told Mediazona that Ustinova may have been taken to Russia by force. The city of Mariupol has accused Russia of forcibly deporting thousands of people.

The friend noted that Ustinova seemed scared during the video, and was crying.