by Alice Trout
in Business, News 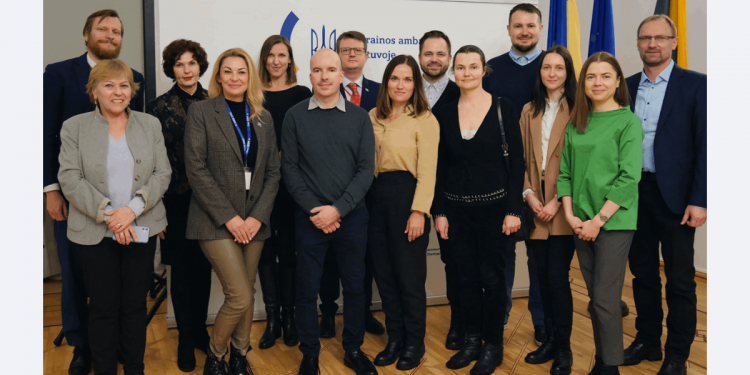 Despite the war, Ukrainian creatives and entrepreneurs do not forget to think about culture. According to experts, pirated content harms not only authors and the economy but also plays into the hands of Russia, which produces most of the illegal digital content for Ukraine. Rejection is another form of resistance to the aggressor. In order to find solutions to this issue, a joint project of the Lithuanian DigiTech Sector Association Infobalt, AVAKA, AGATA, and the Ukrainian League of Industrialists and Entrepreneurs (ULIE) was created.

“When we launched an EU-backed project a year ago to raise awareness of the economic value of legal digital content, life in Ukraine was carrying on as usual. Creatives were creating, consumers were consuming and the project seemed to be timely and useful,” says Mindaugas Ubartas, Infobalt’s chief executive officer. “After a year, and after almost 10 months of the war that engulfed the entire country, fostering legal digital content has taken on a whole new dimension.”

As one of the project participants points out, when the full-scale war broke out, many Ukrainians began to speak Ukrainian. As a result, the importance of legal Ukrainian digital content has increased even more. Also, as some of the participants noted, most of the illegal digital content originates from Russia. Therefore, its refusal is another form of resistance to the aggressor.

“Legal digital content during wartime is important to the economy because it’s not tied to physical locations, but helps generate revenue, and pay taxes. At the same time it also contributes to the spread of information, allows Ukrainian refugees abroad to keep in touch with their homeland, and ultimately helps them endure difficulties,” states M. Ubartas.

During the project, even while the war was going on, meetings and training were held. And this week, a memorandum of understanding was signed between Infobalt and Ukrainian associations of industrialists and entrepreneurs — the final chord of this project. With it, both associations agree to continue to cooperate in the fight against piracy, take care of copyright and intellectual property protection, and foster legal digital content.

“In order to fight piracy, we need to work on three fronts. The first is to explain what content is legal and what is not, the second is to tell about legal alternatives, and the third is to block illegal content,” says Alex Nigmatulin, project participant, and CMO at PRNEWS.IO. — Often people don’t even think about from whence the translation of the movie they are reading came and who published the free version of the book on the Internet. Therefore, a combination of methods must be used.”

“The promotion of legal content is very important in the context of war, where preserving and growing jobs and living standards are among the highest priorities. It is also very important for the recovery of the country. The lower the amount of piracy and illegal content, the more attractive the country is for investments, the entry of new businesses and high-tech into the Ukrainian market,” says Anatolii Kinakh, the president of ULIE.

According to him, this joint project of Infobalt and ULIE is a real opportunity for ULIE to attract more attention to this area, and to take consistent actions in cooperation with all parties — IT developers and experts, representatives of regulatory and legislative authorities, and users. “The experience, knowledge, and information that ULIE received during the project, as well as the established relations with partners in Lithuania, will undoubtedly help us in this work”, emphasizes the head of ULIE.

The signed memorandum of understanding provides that the Lithuanian side will continue to help Ukraine adopt EU directives and the country’s experience, with the help of the Lithuanian Radio and Television Commission, AVAKA, AGATA, “Init” they will convey expert knowledge and advice Ukrainians.