UFC 275 features a pair of title fights on June 11 — here’s how to watch Teixeira vs. Prochazka 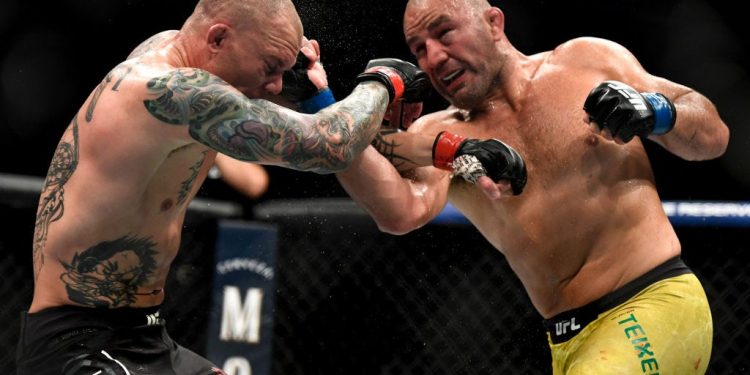 Glover Teixeira will defend the UFC Light Heavyweight Championship for the first time against former Rizin Light Heavyweight champion Jiri Prochazka in the main event of UFC 275, streaming live from Singapore on June 11.

Valentina Shevchenko will aim for her seventh successful defense of the women’s flyweight championship against Taila Santos, while Chinese fighter Zhang Weili will fight Joanna Jedrzejczyk in a highly touted rematch.

The main event of UFC 275 will be streamed live via ESPN+ at 10 p.m. ET on June 11. The event is separated into three portions: the early prelims, the prelims, and the main card.

The early prelims start at 5:30 p.m. ET and are only available to UFC Fight Pass subscribers. The prelims will begin at 8 p.m. ET on ESPN+ and the ESPN2 cable channel. The main card is scheduled for 10 p.m. ET and is an ESPN+ exclusive, pay-per-view event.

You can access the ESPN+ app on all major mobile and streaming devices, including Amazon Fire, Apple TV, Android, Chromecast, PS4, Xbox One, Roku, Samsung Smart TVs, and more.

How to save on the UFC 275 pay-per-view price

If you plan on signing up for ESPN+ to watch UFC 275, you can take advantage of a special discounted package to watch the next UFC pay-per-view.

New subscribers can purchase a year-long ESPN+ membership with access to UFC 275 included for a total of $99.98. That’s more than 30% off the regular combined price of an annual plan and a PPV match. Following your first year of service, ESPN+ will then renew for the regular annual price of $70.

Here’s the fight card for UFC 275: Teixeira vs Procházka