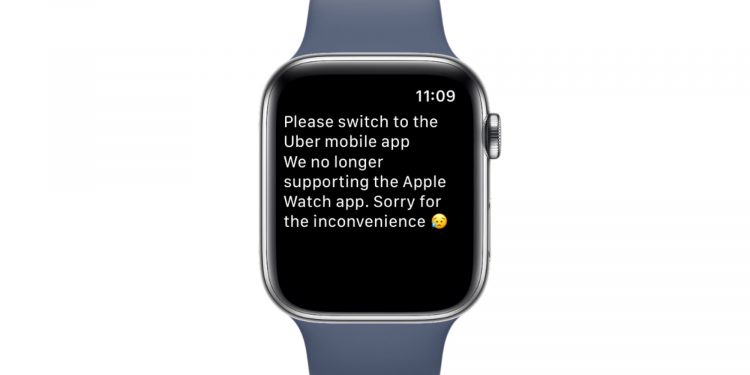 Uber appears to have silently ended support for its Apple Watch app last month, and multiple Uber users have noticed that they are no longer able to hail a ride from their wrists.

Curiously, Uber has not removed the Uber Apple Watch app from the App Store. The app is still able to be downloaded and installed on an Apple Watch, but opening it up reveals a poorly-worded message about dropped support, ending with a sad face emoji.

Uber has not updated its support site to reflect the change either, even though the app has been unavailable since around December 8. As with the ‌App Store‌ entry, the support site continues to suggest that the Uber app can be used to summon an Uber ride.

The Uber Apple Watch app has been available since the Apple Watch app launched in 2015, but it always had more limited functionality than the iPhone app. It did not support uberPOOL, fare splitting, ETA sharing, or contacting an Uber driver, which could be why it’s now been discontinued.

Uber is now suggesting that Apple Watch users swap over to the ‌iPhone‌ app to request an Uber ride, but it is not clear when the Uber Apple Watch app will be removed. It makes little sense to keep it around, and the messaging is confusing.