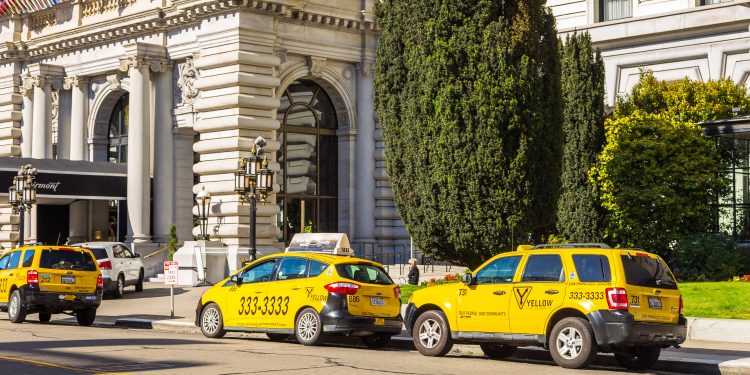 Uber customers in San Francisco might soon find a traditional taxi waiting for them when they use the app to summon a ride. According to San Francisco Chronicle, the ride-hailing giant has inked a deal with Yellow Cab SF and Flywheel, the company that operates an Uber-like app used by taxi drivers across companies in the city. The agreement will give 1,075 taxi drivers in the area access to Uber customers in the coming months. Uber recently struck a similar deal in NYC, allowing people in the city to hail any of its 14,000 taxi drivers through the app.

The companies were able to finalize the deal, because the San Francisco Municipal Transportation Agency board has just voted in favor of allowing taxis to accept flat upfront rates for rides hailed through a third-party app. Customers can expect to pay UberX rates, which are calculated based on trip time and distance on top of a base fare, for taxi rides. The year-long pilot for the deal will begin on August 5th.

Uber’s rates are typically lower than metered fares, though they could be higher during surge times. Kate Toran, SFMTA’s director of taxis, said during the board meeting that Uber and Lyft fares are about 80 to 85 percent of metered rates. While drivers could earn less than usual for Uber rides, their participation is completely optional. They can accept Uber rides whenever they want, and there are no consequences for rejecting them.

Flywheel and Yellow believe the deal would benefit drivers, who could accept Uber rides to fill in gaps for dead hours. “[H]aving some revenue come in versus no revenue is a much better situation in the end, even if it is lower than the taxi rate,” Yellow Cab CEO Chris Sweis said. Still, not all SF cab drivers are thrilled about the development. Mark Gruberg, a board member of the San Francisco Taxi Alliance, expressed concerns about regular taxi customers being ignored during Uber surge times. Another driver told ABC7News that earning less money from Uber rides would mean he’ll have a harder time paying off the debts he took to pay for his medallion, which cost $250,000.

If Uber gets its way, though, there’ll be no taxi left that isn’t part of its network. Uber exec Andrew Macdonald recently said during an investor presentation (PDF) that that the company aims to put every taxi on Uber by 2025. Doing so wouldn’t only increase its driver supply, it could also unlock new markets where people don’t have their own cars to use for the service.