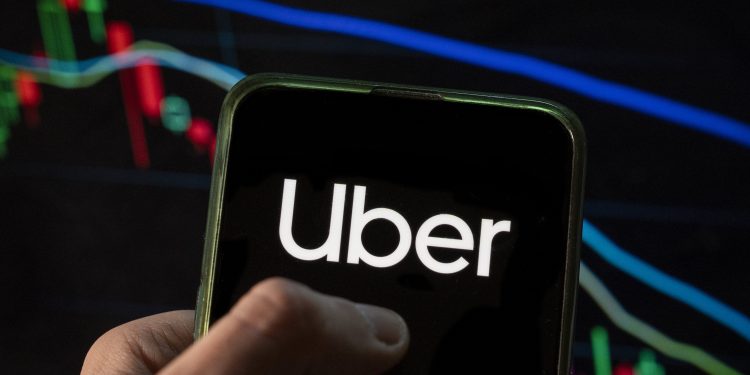 Ride-sharing behemoth Uber will institute new surcharges on Uber rides and Uber Eats deliveries to offset the high costs of gas for its drivers, the company announced Friday.

The addition of new fees is intended to address the financial pinch many drivers are facing with historically-high costs of fuel. Liza Winship, Uber’s head of driver operations for the U.S. and Canada, said in the announcement that Uber was hoping to reduce this burden.

“While earnings on our platform remain elevated compared to historical trends, the recent spike in gas prices has affected rideshare and delivery drivers,” Winship wrote. Gas prices in the United States have hit an average of $4.30, breaking records set before the 2008 financial crisis.

So Uber, which doesn’t cover the cost of gas for its drivers, is asking riders to pitch in. The exact cost of surcharges will depend on your location and state price increases, ranging from either $0.45 or $0.55 on Uber rides and either $0.35 or $0.45 on Uber Eats deliveries — 100 percent of the surcharge goes straight to the Uber driver, the company says.

The added fees will not apply to deliveries and rides originating in New York City, Uber also said, after the city recently increased the minimum pay for drivers. The company also credits the high amount of bike deliveries there for its lack of surcharges.

SEE ALSO: The best EVs for all different types of drivers

Many Uber drivers have expressed frustration with the company’s decisions to place the offset costs on riders, saying the per-ride fees are too low to account for the many miles a single Uber ride or delivery can traverse (and the accompanying amount of gas used).

Ben Valdez, an Uber driver and ride share organizer, told The Washington Post that new surcharges wouldn’t be enough to actually help many drivers faced with increasing financial burdens, and explained that it would take at least 10 trips for the fees to offset a gallon of gas. Others online also criticized the company’s refusal to take on the responsibility itself.

Beyond ride sharing, many drivers are now considering alternatives to combat the high prices. Appropriate public transportation is once again top of mind, with online communities offering advice for bike and transit alternatives across the country. E-bike sales are also on the rise in some cities. And many Americans are once again considering the switch over to electronic vehicles.

Even the ride-sharing company is encouraging drivers to turn away from gas-powered transportation. The company once again touted its Green Future Program in its surcharge announcement, which provides financial incentives to drivers of electric vehicles. The company also said it has negotiated discounts for drivers of certain EV models and exclusive deals on vehicle charging. And Uber has partnered with car rental company Hertz to encourage drivers to rent Tesla models rather than drive their own vehicles.

The surcharges will begin on March 16 and be in effect for at least 60 days, after which the company has said it will reassess the situation.