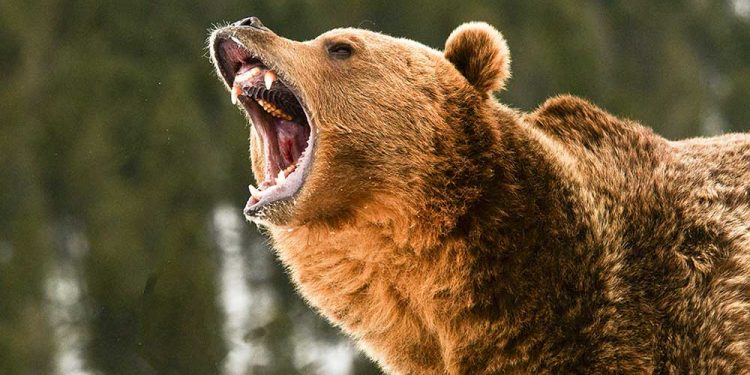 U.S. stocks sold off Monday morning, extending last week’s rout while other major indexes around the world slid on growing fears of recession.

The S&P 500 fell nearly 3% and is back to a bear market after falling more than 20% from its prior high. The index is at the lowest point since March 2021.

The Nasdaq composite lost 3.5% as it undercut the year’s lows and sank to the lowest level since November 2020.  The Dow Jones Industrial Average was down 2.2% and still held above last month’s lows.

Volume rose sharply on the NYSE and Nasdaq compared with the same time on Friday. Breadth was massively bearish, with NYSE decliners over advancers by 27-to-1, and by 8-to-1 on the Nasdaq.

The mass selling in U.S. stocks was part of a global rout.

Treasury yields continued to climb. The benchmark 10-year yield was up 12 basis points to 3.28%, the highest in more than 11 years.  The Federal Reserve meets this week with its sights set on another half-point interest rate increase. Some futures traders see an even larger hike.

Big techs tumbled although some came off session lows. Microsoft (MSFT) and Apple (AAPL) reduced their morning losses to 1.9% each. Alphabet lost 2.6%. But Nvidia (NVDA) was down more than 5% and Meta Platforms (META) was at session lows, off 3.5%. The parent of Facebook on Thursday started trading under the symbol META.

Bitcoin fell below $24,000, down about 16% from its price Saturday afternoon, according to Coinbase. Ethereum was down more than 15% in the past 24 hours. ProShares Bitcoin Strategy (BITO), an ETF that tracks Bitcoin futures, fell more than 18% to an all-time low. Coinbase Global (COIN) sank 15% in heavy volume. Riot Blockchain (RIOT) dropped more than 13%.

Celsius Network LLC, a lender to the crypto industry, said it is pausing all withdrawals and transfers between accounts. The firm cited “extreme market conditions,” The Wall Street Journal reported.

It wasn’t all bad news for U.S. stocks. In an acquisition that brings together two commercial real estate investment trusts, Prologis (PLD) agreed to acquire Duke Realty (DRE). The deal is valued at $26 billion, including debt.

Duke initially rejected a $24 billion bid from Prologis in May. But both companies’ boards have signed off on the new offer. Prologis stock fell 6.5%, while Duke shares rose 2% in big volume.