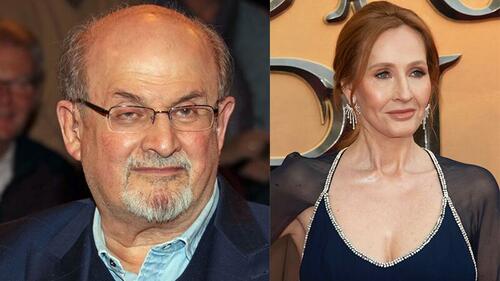 A person who threatened author JK Rowling with the words “you’re next” following the brutal stabbing attack on Salman Rushdie has finally been suspended from Twitter after the Harry Potter creator appealed to police for help.

Upon hearing of the attack on the Satanic Verses author by a muslim extremist, Rowling tweeted “Horrifying news. Feeling very sick right now. Let him be ok.”

An account under the name Meer Asif Aziz, who identifies in his Twitter bio as a “student, social activist, political activist and research activist” from Pakistan, responded “Don’t worry you are next.”

Rowling then appealed to Twitter for support, and quoted their own guidelines on threats of violence.

.@TwitterSupport any chance of some support? pic.twitter.com/AoeCzmTKaU

.@TwitterSupport These are your guidelines, right?

“Violence: You may not threaten violence against an individual or a group of people. We also prohibit the glorification of violence…

“Terrorism/violent extremism: You may not threaten or promote terrorism…” pic.twitter.com/BzM6WopzHa

The author also revealed that police are investigating the threat.

But, according to Rowling, Twitter sent her a response that stated “After reviewing the available information, we determined that there were no violations of the Twitter rules in the content you reported. We appreciate your help, and encourage you to reach out again in the future if you see any potential violations.”

Seemingly, it was only AFTER media attention that Twitter took action and suspended Meer Asif Aziz:

As we have previously highlighted, Rowling has been relentlessly attacked on Twitter and routinely receives death threats for the crime of standing up for women’s rights.

In the age of mass Silicon Valley censorship It is crucial that we stay in touch. We need you to sign up for our free newsletter here. Support our sponsor – Turbo Force – a supercharged boost of clean energy without the comedown. Also, we urgently need your financial support here.