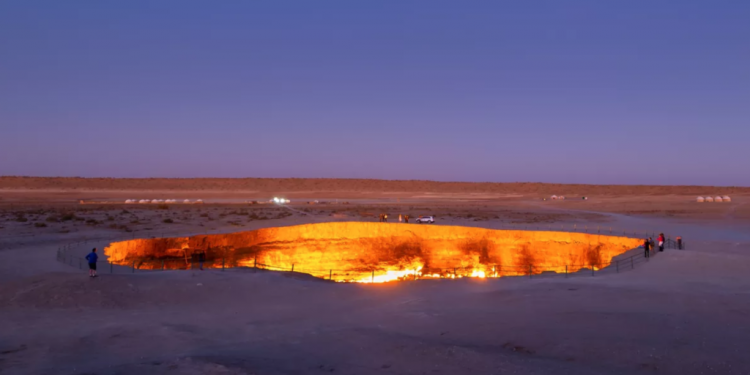 Turkmen President Gurbanguly Berdymukhamedov has ordered the extinguishing of the flames that have been burning for half a century in the giant gas crater dubbed “Gates of Hell. The Darvaz gas crater, located in the Karakum desert, has been burning continuously since 1971 and has become Turkmenistan’s main attraction.

According to Berdymukhamedov, the flames in this 70-meter-wide well have had a “negative impact on the environment and the health of the population of neighboring areas. Therefore, he ordered the authorities to “find a solution to extinguish the fire” that is burning in Darvaz.

“We are wasting valuable natural resources for which we could have made a profit that would have gone to improve the well-being of our people,” the president said.

After researchers pierced the gas pocket, the ground sagged, forming a sinkhole. Fearing that it would emit poisonous gas, authorities decided to set it on fire, believing it would dry out the field. But half a century later, it is still burning. The authorities have tried several times to shut it down, but to no avail. At the same time Turkmenistan tried to make the place, which is 270 kilometers from the capital city Ashkhabad, a tourist center.

The very strange universe: phenomena and objects in space that are hard to imagine