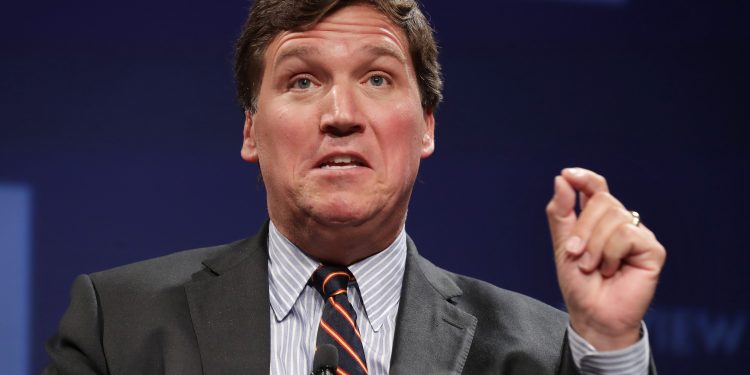 Tucker Carlson on Friday said companies that help their employees get abortions are “against families.”

“Notice that it’s abortion that is the red line for them,” Carlson said. “Abortion? Of all the issues, why is that so important to them?”

“It’s obvious why it’s so important to America’s corporations, almost all of whom immediately weighed in to say, ‘We’ll fly you to get an abortion at the state of your choice,'” Carlson continued. “Well, of course, employees without families are much cheaper for the company.”

In the wake of the Supreme Court decision Friday, various companies such as Disney, Netflix, and Meta have vowed to provide their employees with financial assistance to help them travel out of state to receive an abortion.

“It’s much cheaper to pay for an abortion than it is to pay for maternity leave, or an extra name on the insurance policy,” Carlson said. “So, it’s all about the money for corporate America. It always is. Families are bad for big corporations. Therefore, they’re against families.”

Since May, Abortion-rights advocates have feared that the Supreme Court would strike down Roe v. Wade. The fears began when Politico published a leaked draft opinion in which Associate Justice Samuel Alito called the decision “egregiously wrong from the start.”

Abortion, however, remained legal in the United States until the court handed down the final verdict. But the draft itself was enough to put reproductive rights activists and doctors who perform abortions on edge.

By overturning Roe, the Supreme Court has put the question of the legality of abortion in the hands of individual state legislatures and has essentially made it illegal in 23 states to obtain an abortion. There are expected to be added restrictions in several others.