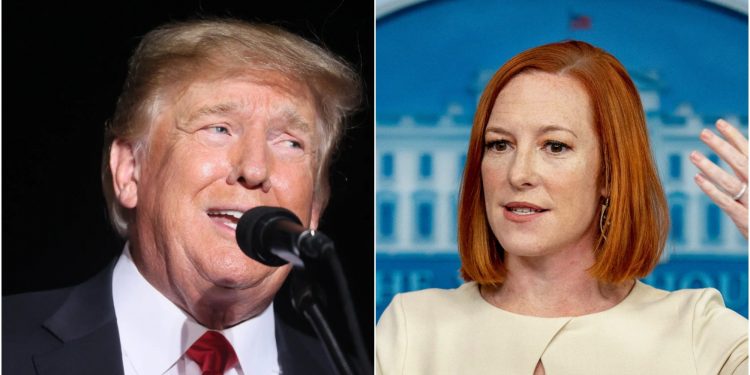 Former President Donald Trump referred to White House press secretary Jen Psaki as “the woman with the really beautiful red hair” at his rally in Michigan on Saturday.

While complimenting her hair, Trump criticized Psaki for once joking about the nation’s Space Force, a branch of the US military forces set up by Trump.

“The woman with the really beautiful red hair, she laughed. And she was hit so hard by the military because they knew I was right. The military understood I was right.”

The former president also addressed a report by Axios that Psaki plans to leave the White House this spring and is in talks to join MSNBC.

Psaki joining MSNBC would not be unusual, as most White House press secretaries over the last two decades moved on to a cable news job after leaving the White House, according to Axios.

When asked about the resignation rumors in a news briefing on Friday, Psaki said she had “nothing to confirm” about her future plans.

Trump has a long record of commenting on women’s appearances, often publicly assessing the attractiveness of female celebrities and politicians.