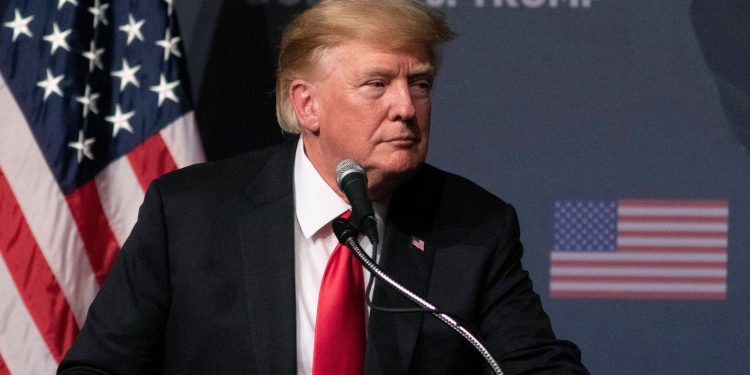 Former President Donald Trump suggested that drug dealers should face the death penalty while speaking at a rally in Las Vegas on Friday.

“If you look at countries through, all throughout the world, no matter where you go, the only ones that don’t have a drug problem are those that institute the death penalty for drug dealers. They’re the only ones. They don’t have any problem,” Trump said.

He went on to claim that “China has no drug problem” because they have “what’s called ‘quick trial,'” which he explained as drug dealers going to trial quickly and swiftly executed if found guilty.

Despite Trump’s claims, data suggests that drugs are still prevalent in China. The number of drug users in China rose by 6.8% to 2.51 million by the end of 2016, according to a National Narcotics Control Commission, per Xinhua News Agency.

China has been widely criticized for its policy of executing people for the non-violent crime of drug smuggling.

A 2015 report from the United Nations Human Rights Committee said that drug-related offenses do not meet the threshold of “most serious crimes” to warrant the death penalty in countries that have not abolished it.

Amnesty International has condemned China’s execution of people for drug smuggling, stating that the country is secretive about its execution rates and that those sentenced do not receive fair trials.

This is not the first time Trump has called for executing drug dealers, having made the suggestion publicly and privately during his presidency.

During his rally speech on Friday, Trump accused the Biden administration of allowing “lawlessness” to thrive, and claimed that Democratic-controlled cities were seeing record-high crime rates.

Republicans have seized upon rising crime in big cities as a mid-term issue, framing their party as harder on crime than Democrats.

However, a recent report from Democratic think tank Third Way countered the argument that rising crime is a Democratic problem – finding that eight of the top ten states with the highest per-capita murder rates voted for Trump in 2020.

During his speech, Trump also said that he regretting allowing Democrats run their cities “instead of saying I’m going to do your job for you,” and said he would not allow that “a second time.”

Trump appeared at the rally on Friday to campaign for Republican candidates Joe Lombardo and Adam Laxalt, who are running for governor and the Senate, respectively.