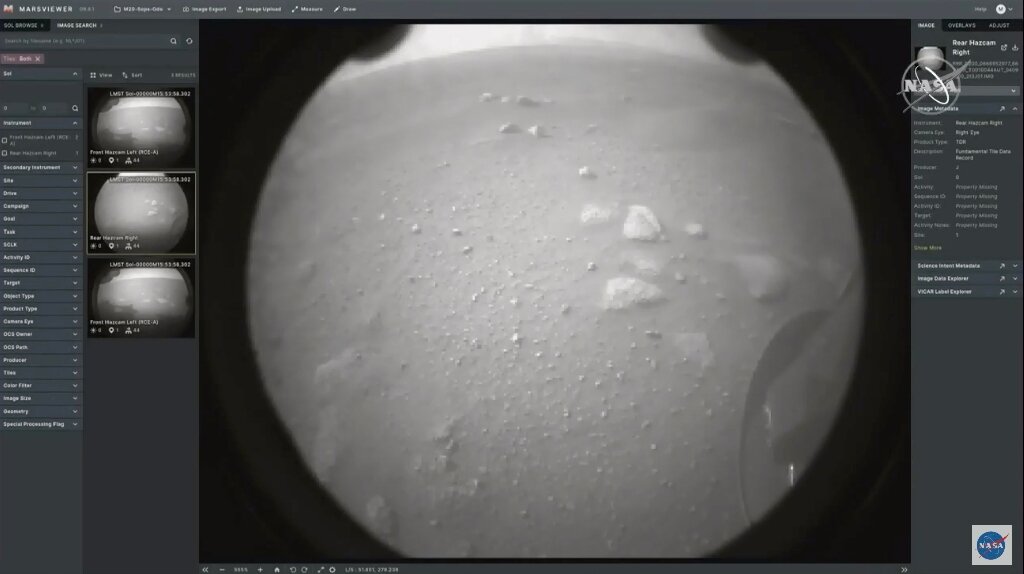 An image showing the simulation of the landing of NASA’s Perseverance rover on the planet Mars, where it will look for signs of past microbial life, cache rock and soil samples, and prepare for future human exploration, is livestreamed on the Piccadilly Lights screen in central London, on February 18, 2021. (Photo by Tolga Akmen / AFP)

WASHINGTON — After seven months in space, NASA’s Perseverance rover overcame a tense landing phase with a series of perfectly executed maneuvers to gently float down to the Martian soil Thursday and embark on its mission to search for signs of past life.

The autonomously guided procedure was in fact completed more than 11 minutes earlier, the length of time it took for radio signals to return to Earth.

Shortly after landing, the rover sent back its first black-and-white images, revealing a rocky field at the landing site in the Jezero Crater, just north of the Red Planet’s equator.
TECHNOLOGY

More images, video of the descent and perhaps the first sounds of Mars ever recorded by microphones are expected in the coming hours as the rover relays data to overhead satellites.