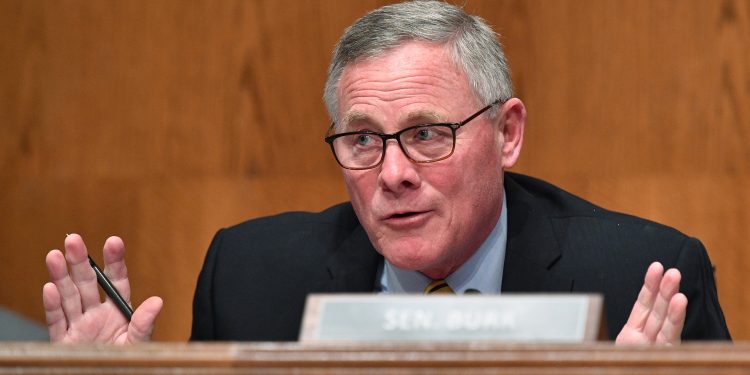 “This administration has time and again squandered its opportunities and made things worse in the decisions you’ve made on testing and treatments and most crucially in communicating with the American people,” Burr said in his opening statement at a hearing where Biden’s top health advisor Dr. Anthony Fauci, CDC Director Rochelle Walensky, and other health officials testified.

“You ask the American people to trust you, but you’ve lost that trust. You need to earn it back,” Burr added.

Having received two vaccinations and a booster, Burr said he was not questioning the science behind the White House’s pandemic response. Rather, he said, he wanted to know why the administration has struggled to meet the demand for testing and for changes to the CDC’s rules on quarantining. He was referring to the CDC’s guidelines, rolled out in December, about how long people who test positive should isolate.

“I’m at the end of my rope. I think you’ll see today that most of my colleagues are as well,” Burr said. “I have tried to give my best advice and share what we hear and see, because no one is paying attention to the messages from the administration now.”

Sen. Patty Murray, the top Democrat on the Senate’s health committee, expressed sympathy with frustrated Americans. She emphasized that the Biden administration has greatly expanded the number of available tests, but echoed Biden’s view that more needs to be done.

The White House has announced a plan to send Americans 500 million at-home testing kits, but they won’t be available until later this month, which could be after the omicron variant peaks in some places. Biden also moved to require insurers to cover the cost of eight at-home tests, but that still requires Americans to find a test in the first place — something the president himself has admitted is difficult.

“People back in my home state of Washington and across the country are frustrated and worried about the course of this pandemic and its persistent challenges like how hard it still is to get a test,” Murray said during her opening remarks.

The US reported 1.35 million new COVID-19 cases on Monday, marking a new global record, according to a Reuters report. Hospitalizations have also reached a record level amid the omicron spike with more than 145,000 COVID-19 related hospitalizations, The Washington Post reports. Five states have declared public health emergencies or have implemented crisis care guidelines as the surge overwhelms local resources, per the Post..