To Boldly Go When You Feel Strongly that You are Right 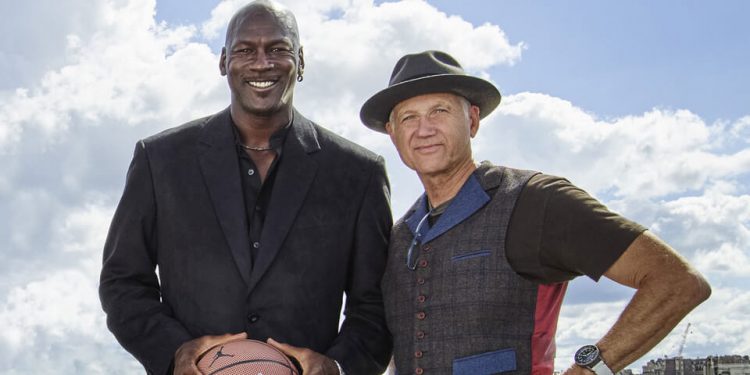 1st of July would mark 3 years for my colleague Bryan and myself in the company.

In that period, Bryan went from being an associate to a full client adviser. I am happy that this worked out well for him but even more elated that he will be getting married this October.

When there is a lot to be done, time will just fly by just like that.

If some friends asked me how I would describe my time at Providend, I would say it is a great place to work but it is not without its challenges.

In recent months, these challenges became more and more frustrating for me personally.

Yesterday, my colleague Chin Yu and I met up with a mutual friend for a catch-up. More than anything, we were glad that he is doing well after some personal life challenges. In our conversations, our friend brought up that in order to do good work for the company and ourselves, some companies are just a struggle culturally, bordering idiotic.

I am sure you may have the same frustrations from time to time.

As I was struggling to sleep after too much-fried food yesterday, I came upon this Tweet thread that kind of spoke to me.

There were three big takeaways for me but I thought this may resonate with the folks trying to do good work, whether on their own or with someone else.

The Story Behind the Air Jordan III

The Air Jordan is a unique line of basketball shoes that were designed by US Corporation Nike. The first Air Joran shoe was designed for Hall of Fame GOAT Michael Jordan during his time in Chicago.

The Jordan brand recently grossed over $5 billion in annual revenue.

Michael Jordan, who was paid a royalty by Nike for The Jordan brand, made $150 million from Nike last year alone. This amount was twice his career NBA earnings.

The part that is less known is the man behind the brand.

In 1981 (a year after Kyith was born), Tinker Hatfield was an Oregon athlete under the legendary track and field coach Bill Bowerman. He graduated with a degree in architecture and went to work at Nike… designing office buildings and retail stores.

Reebok was selling more shoes, while Nike was firing employees and saw their stock drop 50%.

Nike held a 24-hour design competition to shake things up.

Tinker Hatfield, who joined the design team after begging to participate.

Two years later, Tinker was given his 1st project – the Nike Air Max 1. Inspired by a building in Paris, Hatfield designed a bubble sole to expose the shoe’s “guts.”

Nike execs said it went too far, but sales exploded.

And this is where it gets interesting.

Nike’s Vice President Rob Strasser and Peter Moore, the lead designer of the Air Jordan I & II, abruptly left Nike in 1987 to start their own footwear business.

Even worse, Michael Jordan’s deal with Nike was coming to an end & they tried to poach him on the way out.

However, that is not all.

As part of their plan to steal Michael Jordan from Nike, lead designer Peter Moore took all of his Air Jordan III designs with him. The problem… Nike was scheduled to present the Air Jordan III to Jordan in just 5 weeks.

Tinker jumped on a plan to see Jordan.

With 5 weeks until Nike’s presentation, Tinker used his visit with Jordan to decipher exactly what he wanted in a shoe.

“Michael had ever been worked with that way.”

But 3 weeks later, there was another problem.

Nike CEO Phil Knight and Tinker flew to California to present the Air Jordan III to Michael Jordan but Jordan was 4 hours late to the meeting, as he was playing golf with former Nike employees Rob Strasser and Peter Moore.

The two of them pitched Jordan on a full apparel and sneaker deal for the company “Van Grack”.

Jordan put pressure on Phil Knight that if they don’t show something good, he is going the other way.

With such high stakes, Phil called Tinker to present his design.

Despite being told no by Nike, Hatfield designed the Air Jordan III with the Jumpman logo instead of the patented Nike Swoosh.

“No one knew I was doing that”, Tinker said.

Tinker also presented Jordan with a shoe and apparel design centred around the now-iconic Jumpman logo.

Phil Knight was not told about this before the meeting.

Jordan fell in love with the idea of building his own brand, rather than collecting a check.

He agreed to stay with Nike.

The rest was history.

Nike launched the “IT’s gotta be the shoes” ad campaign with Spike Lee and Jordan took care of the rest.

He wore the iconic Air Jordan III during his famous free-throw line dunk.

The Air Jordan III was just the start of Tinker Hatfield’s career.

Tinker has now designed hundreds of shoes and became an icon in footwear.

If you asked him about his favourite memory, Tinker would say: “To this day, Phil Knight says I saved Nike.”

Today, the Jordan Brand brings in over $5 billion in annual revenue for Nike and is widely considered the best partnership in sports history.

Personally for Jordan, he made over $1 billion from Nike and collected $150 million annually in royalties.

That is 4 times more than any current NBA player.

For every bit that Jordan benefited from the partnership, Nike did just as well.

We won’t know whether Nike would have done just as well if that partnership with Jordan and Tinker Hatfield didn’t happen.

As a basketball fan that grew up watching Jordan in the 1990s, I was hugely surprised how the Jordan brand stood the test of time, and became more and more valuable today, even after Jordan has long retired.

Many famous current NBA players signed on to wear the Air Jordan brand of shoes.

And a lot of this won’t happen without Tinker Hatfield.

I invested in a diversified portfolio of exchange-traded funds (ETF) and stocks listed in the US, Hong Kong and London.

My preferred broker to trade and custodize my investments is Interactive Brokers. Interactive Brokers allow you to trade in the US, UK, Europe, Singapore, Hong Kong and many other markets. Options as well. There are no minimum monthly charges, very low forex fees for currency exchange, very low commissions for various markets.

I break down my resources according to these topics:

The post To Boldly Go When You Feel Strongly that You are Right appeared first on Investment Moats.