This Week in Apps: Elon wants out, TikTok’s content ratings, a new milestone for subscription revenue 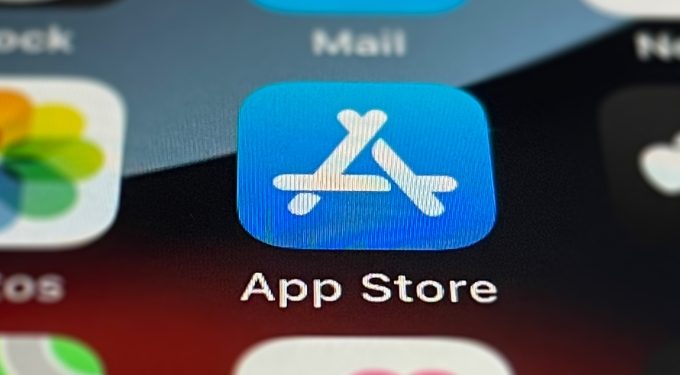 Welcome back to This Week in Apps, the weekly TechCrunch series that recaps the latest in mobile OS news, mobile applications and the overall app economy.

Global app spending reached $65 billion in the first half of 2022, up only slightly from the $64.4 billion during the same period in 2021, as hypergrowth fueled by the pandemic has slowed down. But overall, the app economy is continuing to grow, having produced a record number of downloads and consumer spending across both the iOS and Google Play stores combined in 2021, according to the latest year-end reports. Global spending across iOS and Google Play last year was $133 billion, and consumers downloaded 143.6 billion apps.

This Week in Apps offers a way to keep up with this fast-moving industry in one place with the latest from the world of apps, including news, updates, startup fundings, mergers and acquisitions, and much more.

Do you want This Week in Apps in your inbox every Saturday? Sign up here: techcrunch.com/newsletters

TikTok is getting a rating system

Some TikToks are too racy or mature for younger teens — a problem TikTok aims to address with the upcoming launch of a new content ratings system. The “Content Levels” system, as it will be called, is meant to provide a means of classifying content on the video app — similar to how movies, TV shows and video games today feature age ratings.

TikTok acknowledged some content on its app may contain “mature or complex themes that may reflect personal experiences or real-world events that are intended for older audiences.” It will work to assign these sorts of videos a “maturity score” that will block them from being viewed by younger users. Not all videos will be rated, however. The goal will be to rate videos that get flagged for review and those that are gaining virality. Initially, the system will focus on preventing inappropriate content from reaching users ages 13 to 17, TikTok says, but will become a broader system over time.

The launch follows a 2021 congressional inquiry into social apps, including TikTok and others, which focused on how their algorithmic recommendation systems could be promoting harmful content, like eating disorder content, to younger users. TikTok has also been making headlines for its promotion of dangerous and destructive viral stunts, like kids destroying public school bathrooms, shooting each other with pellet guns or jumping off milk crates, among other things.

TikTok, like other social apps, is in hot water over the potential negative impacts to minors using its service. But it’s under particular scrutiny since the reveal that parent company ByteDance — in China — was accessing U.S. TikTok user data. Alongside the maturity ratings, TikTok says it will also launch content filters that will let users block videos with hashtags or certain words from their feeds.

For all its ills, TikTok has more developed parental controls than its U.S. rivals and the launch of a content ratings system could push other apps reaching minors, like Instagram and Snapchat, to do the same.

Will he or won’t he? The Twitter deal heads to court

Elon wants out. The Tesla and SpaceX exec has got a serious case of buyer’s remorse. Musk offered to buy Twitter at $54.20 per share — it’s a weed joke! Get it? 420! — but the stock today is only trading at $36.29 per share. So it’s not so funny anymore. Now the exec is attempting to use some flimsy excuses about “bots” on the network in order to get out of the legal agreement. But Twitter just said, see you in court! (Well, in legalese, it said Musk’s termination was “invalid and wrongful.”) Twitter then delivered a few more jabs in a letter filed with the SEC, noting Musk “apparently believes that he — unlike every other party subject to Delaware contract law — is free to change his mind, trash the company, disrupt its operations, destroy stockholder value, and walk away.” Burn!

Sadly, caught in the chaos are Twitter’s advertisers, some of whom are exiting, and of course, the Twitter employees who often don’t know what’s going on, who will prevail or what Musk may do if the deal is forced through. (Vent here if you want!) And what does this mean for Twitter’s conference Chirp later this year, if the deal is still in limbo?

This has been such a weird and fraught acquisition since day one, with some poor folks at the SEC having to collate tweets of poop emoji and memes as investor alerts. It’s also one that makes a pretty good case as to why we should tax billionaires more — too much money turns large companies and people’s livelihoods into toys for their amusement, apparently.

Non-game revenue tops games for the first time on the U.S. App Store

A major shift in the U.S. app economy has just taken place. In the second quarter of this year, U.S. consumer spending in non-game mobile apps surpassed spending in mobile games for the first time in May 2022, and the trend continued in June. This drove the total revenue generated by non-game apps higher for the quarter, reaching about $3.4 billion on the U.S. App Store, compared with $3.3 billion spent on mobile games.

After the shift in May, 50.3% of the spending was coming from non-game apps by June 2022, according to new findings in a report from app intelligence firm Sensor Tower. By comparison, games had accounted for more than two-thirds of total spending on the U.S. App Store just five years ago.

A study of 400,000 families performed by parental control software maker Qustodio found that kids and teens ages 4-18 now spend more time watching videos on TikTok than they do watching YouTube — and that’s been the case since June 2020, in fact. That month, TikTok overtook YouTube for the first time, as this younger demographic began averaging 82 minutes per day on TikTok versus an average of 75 minutes per day on YouTube.

In the years since, TikTok has continued to dominate with younger users. By the end of 2021, kids and teens were watching an average of 91 minutes of TikTok per day compared with just 56 minutes per day spent watching YouTube, on a global basis.

Likely aware of this threat, YouTube launched its own short-form platform called Shorts, which it now claims has topped 1.5 billion logged-in monthly users. The company believes this will push users toward its long-form content — but so far, that hasn’t happened, it seems. Read the full report here.

TikTok is eating into Google Search and Maps, says Google

In a bit of an incredible reveal (if one that helps Google from an anticompetitive standpoint), a Google exec admitted that younger people’s use of TikTok and Instagram is actually impacting the company’s core products, like Search and Maps.

“In our studies, something like almost 40% of young people, when they’re looking for a place for lunch, they don’t go to Google Maps or Search,” said Google SVP Prabhakar Raghavan, who runs Google’s Knowledge & Information organization. “They go to TikTok or Instagram.”

Google confirmed to us his comments were based on internal research that involved a survey of U.S. users, ages 18 to 24. The data has not yet been made public, we’re told, but may later be added to Google’s competition site, alongside other stats — like how 55% of product searches now begin on Amazon, for example.

Lots of interest in this “reset button” for your room we built @Shopify that uses @apple’s new #RoomPlan API. Here’s how we built it…

Match Group acquired the members-only dating app The League, which focuses on matching ambitious and career-focused professionals. The app has previously faced accusations it’s elitist, particularly because it screens and vets members after an application process instead of being open to all. Deal terms weren’t revealed.

Tutoring marketplace and app Preply raised $50 million in Series C funding led by edtech-focused Owl Ventures. The startup has 32,000 tutors from 190 countries teaching over 50 languages, it says, and claims to have grown revenues and users 10x since 2019.

Fintech for kids GoHenry app acquired Pixbay to help it expand into Europe. The latter has 200,000 members across France and Spain. U.K.-based GoHenry has over 2 million users in the U.K. and U.S.

Japan’s SmartBank raised $20 million in Series A funding for its prepaid card and finance app. The round was led by Globis Capital Partners. The startup claims 100,000+ downloads so far and is aiming for 1 million by the end of next year.

Israeli company ironSource is merging with the game development platform Unity Software, after the latter saw its share price fall over 70% in 2022 and have a market cap of under $12 billion. IronSource went public a year ago at an $11.1 billion valuation and is valued at $4.4 billion at the time of the merger. Silver Lake and Sequoia will invest $1 billion in Unity after the merger.

Consumer fintech startup Uprise raised $1.4 million in pre-seed funding from a range of investors. The company offers a website and app aimed at Gen Z users that takes in their full financial picture, including overlooked items like employer benefits, and offers recommendations.

Indian fintech OneCard raised over $100 million in a Series D round of financing that values the business at over $1.4 billion. The company offers a metal credit card controlled by an app that also offers contactless payments. The startup has over 250,000 customers.

Stori, a Mexican fintech offering credit cards controlled by an app, raised $50 million in equity at a $1.2 billion valuation and another $100 million in debt financing. BAI Capital, GIC and GGV Capital co-led the equity portion of the deal. The company claims to have seen 20x revenue growth in 2021, but doesn’t share internal metrics.

Linktree, a website that allows individuals, including online creators, to manage a list of links they can feature in their social media bios via a Linktree URL, launched its first mobile app this week. The new app for iOS and Android lets users create a Linktree from their phone, add and manage their links, customize their design and more. Users can also track analytics, sales and payments, among other things. (You can read more about the new app here on TechCrunch.)