These student-loan borrowers are left out of Biden’s $10,000 in debt cancellation 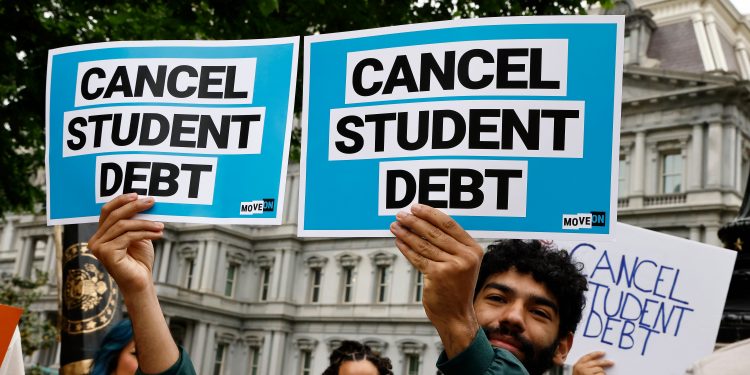 President Joe Biden’s plan to forgive student loans will wipe out debt for millions of borrowers. But countless will still be left behind.

Biden announced Wednesday that the administration will cancel $10,000 in student debt for borrowers earning less than $125,000 a year. The move fulfills a key campaign promise and arrives after months of speculation over whether payments would resume without any permanent relief.

Yet the devil, as always, is in the details. The program omits millions of borrowers due to its strict criteria. Here are the biggest groups excluded from Biden’s loan-forgiveness plan:

The income cap is a small consolation to Republicans and moderate Democrats who argued a limitless program would be too costly. Though the cap sits well above the incomes of low- and middle-earners, it still leaves some graduates in a difficult spot. Many graduate programs that lead to higher-paying jobs come with hefty loan balances, and Biden’s plan offers little support to those students and graduates.

It also glosses over a small but significant group of borrowers whose incomes may land well below the income cap. Private loans only account for roughly 8% of total student debt, according to data firm MeasureOne. Yet that still equates to about $131 billion in loans that won’t be affected by Biden’s program at all.

Graduate-school debt and debt held by the parents of students were omitted from the administration’s initial announcement, leaving it an open question whether or not they will be included in the relief program. Biden indicated Wednesday afternoon that the administration will soon share additional details on the forgiveness program.

The limitations have drawn some criticism from progressive Democrats. Sen. Bernie Sanders of Vermont had urged Biden to forgive all student debt. New York Rep. Alexandria Ocasio-Cortez pushed the administration to remove the income cap, arguing it excludes many workers who should still see at least some of their debt canceled.

Even without broad relief, the department is still planning to make monthly payments on income-based plans cheaper for all borrowers with federal debt, including graduate students.

“I don’t believe in a cutoff, especially for so many of the front-line workers who are drowning in debt and would likely be excluded from relief,” Ocasio-Cortez told The Washington Post in April.