These are the top 10 safest low-cost carriers in the world, according to experts 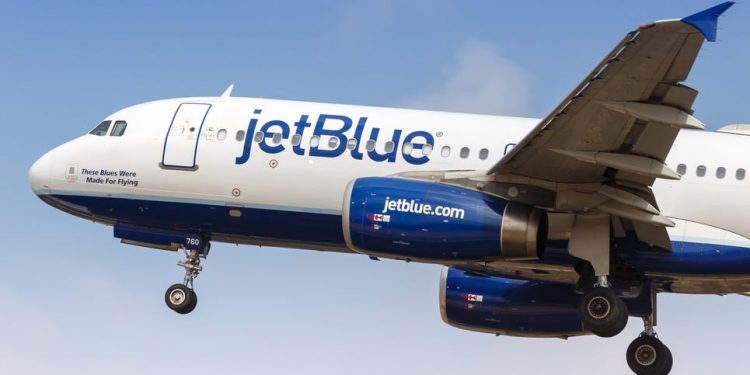 AirlineRatings.com, a website for airline safety and product reviews, announced its top 10 safest low-cost carriers for 2022, and three US carriers made the list.

The Australian-based ranking website publishes an annual list highlighting the world’s safest airlines, focusing on factors like accident and incident records, audits, ban lists from the European Union, fleet age, and COVID protocols. The top 10 were determined from the 385 airlines the organization monitors, according to AirlineRatings.

Unlike the agency’s top 20 list for the world’s safest airlines, which ranks in order from highest to lowest, low-cost carriers are listed alphabetically.

This means AirlineRatings does not distinguish who came out on top, though all 10 boast a seven-star safety rating, except for Jetstar Japan under the Jetstar Group. According to The International Air Transport Association, the airline is absent from its audit registry. AirlineRatings’ website has given the carrier a six-star safety rating instead of seven.

AirlineRatings clarified that airlines without IATA’s Operational Safety Audit, or IOSA, are not unsafe carriers, but those that have conducted and passed the audit “comply with the most stringent of rules and practices governing aviation safety.”

The world’s 10 safest low-cost carriers include three from the US, including Allegiant, Frontier, and JetBlue. Mexico-based Volaris also made the list despite the country being downgraded to a “Category 2” nation by the Federal Aviation Administration in May. According to the agency, a Category 2 rating means the nation’s laws, regulations, and oversight do not meet international safety standards. However, Mexico anticipates it will return to Category 1 in 2022, the country’s foreign minister, Marcelo Ebrard, said in August.

Also making the list are airlines from Asia, Australia, Canada, and Europe, with only one carrier dropping off from 2021. Last year, Air Arabia made the top 10, but Volaris beat it out in 2022. The low-cost list complements AirlineRatings’ top 20 safest airlines in the world, with Air New Zealand taking the crown.

Allegiant is headquartered in Las Vegas and offers domestic flights to over 100 cities across the US, including Anchorage, Alaska. The carrier hopes to start international operations in 2023 with flights to Mexico in a joint partnership with Monterrey-based Viva Aerobus.

Easyjet is a European airline based in England and is one of the continent’s largest low-cost carriers. The airline operates over 600 routes across Europe, North Africa, and the Middle East.

Denver-based Frontier is a US carrier that flies to destinations throughout the US, Mexico, Central America, and the Caribbean. The airline operates a fleet of Airbus A320 family jets all sporting an animal on the tail, like an otter or a black-footed ferret.

JetBlue is “New York’s Hometown Airline” and has a major presence at John. F Kennedy International Airport, as well as in Boston. The airline flies to over 90 destinations, including a new international, long-haul route to London, which launched in August.

Ryanair is the largest airline in Europe with its biggest hub located at London Stansted Airport in England. The carrier shuttles millions of passengers to over 200 destinations across Europe, North Africa, and the Middle East.

Vietjet is an Asian carrier based in Hanoi, Vietnam. The airline flies to dozens of cities in over 10 countries, like India, Cambodia, South Korea, and Malaysia.

Mexico-based Volaris is an ultra-low-cost carrier ferrying leisure travelers across Mexico, the US, Central America, and South America.

WestJet is a Canadian low-cost carrier based in Calgary and is the country’s second-largest airline behind Air Canada. The carrier flies to destinations across Canada, the US, Europe, Mexico, and the Caribbean.

Hungarian airline Wizz is headquartered in Budapest and operates a network of over 500 routes across 40 countries. The carrier flies to cities across Europe, Asia, and North Africa.