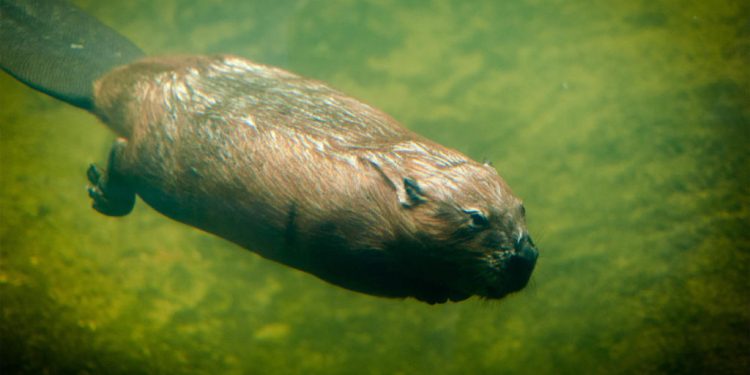 Analysis of a beaver ankle fossil found in Montana, USA, showed that the evolution of river beavers occurred at least 7 million years earlier than previously thought. Furthermore, it occurred in North America, not Eurasia. In addition, expert evaluation showed that the fossil belongs to a new species, Microtheriomys articulaquaticus. It turned out to be the oldest known amphibian beaver in the world and the oldest amphibian rodent in North America.

The study was authored by Jonathan Calede, an evolutionary biologist at Ohio State University. He took 15 measurements of an ankle fossil and compared them to measurements (more than 5,100 in all) of similar bones from 343 specimens of modern rodent species that dig burrows, jump and swim just like the beaver’s ancient relatives.

Comparison of the ankles of the giant beaver and the recently identified species Microtheriomys articulaquaticus on the same scale. Photo: Jonathan Kalede

By performing a computational analysis of the data, the scientist developed a new hypothesis for the evolution of amphibian beavers. The biologist hypothesized that they began swimming as a result of exaptation – an adaptation of existing anatomy to external conditions, which, in this case, led to a new way of life. The fossils of fish and frogs, as well as the nature of the rocks in which Microtheriomys articulaquaticus was found, suggest that the species lived in an aquatic environment and support the hypothesis.

In addition, the evaluation showed that the age of the bones from Montana is approximately 30 million years. Previously, the oldest amphibian beaver was thought to be a species that lived in what is now France 23 million years ago.

Almost half of cancer cases linked to preventable risk factors