The Supreme Court just overturned Roe v. Wade, but the vast majority of Americans don’t even know who the court’s justices are 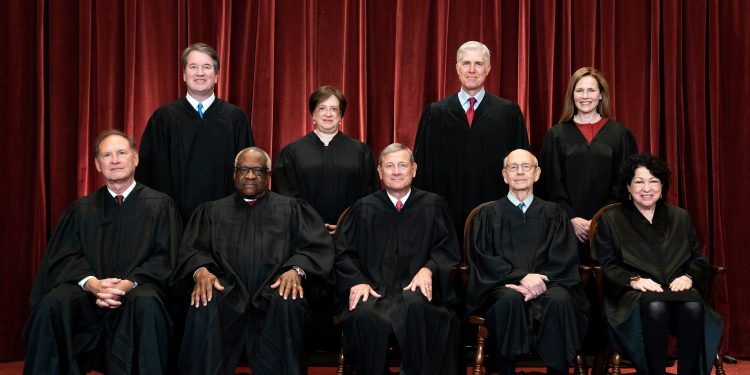 But recent polling suggests that the vast majority of American voters don’t even know who these influential justices are, highlighting an apparent disconnect between the nation’s top court and the very people affected by its rulings.

Ahead of Judge Ketanji Brown Jackson’s Senate confirmation earlier this year, C-SPAN and Pierrepont Consulting & Analytics surveyed more than 1,000 likely voters to gauge the public’s interest in and awareness of the Supreme Court’s work and relevance.

While 84% of voters said the Supreme Court’s decisions affect their everyday life, far fewer respondents could provide basic details about the court’s history or inner workings.

The survey did, however, seem to confirm Roe v. Wade’s cultural standing — it is the only landmark Supreme Court case that is well-known to the public, according to the poll. When asked to name any cases decided by the court, 40% of people said Roe v. Wade. The next most-known decision, Brown v. Board of Education, was named by just 6% of respondents, and 46% of people couldn’t name a single case.

An even greater number of people seemingly could not name one of the nine justices who currently sit on the nation’s top court. Forty-eight percent of people were non-responsive to a question asking about the current Supreme Court makeup, while three percent of people openly acknowledged that they could not give an answer.

Clarence Thomas, the longest-serving justice currently on the court, was the most recognized face, followed closely by Chief Justice John Roberts. But even then, only 24% and 22% of respondents respectively named either of the two men.

Justices Sonia Sotomayor, Brett Kavanaugh, and Amy Coney Barrett followed next, with 17%, 15%, and 13% of respondents naming them respectively, while Stephen Breyer cinched 11%.

But among the three remaining justices, fewer than 1 in 10 people could name Elena Kagan, Neil Gorsuch, or Samuel Alito.

Nonetheless, it was Alito on Friday who delivered the majority opinion in Roe, along with his conservative colleagues, Gorsuch, Thomas, Kavanaugh, and Coney Barrett.

Roberts sided with the 6-3 majority to uphold the Mississippi law at the heart of the case, which contradicts the standard set by Roe. But the chief justice disputed the conservative majority’s full overhaul of Roe, instead, opting for a more middle-ground approach that would have allowed Mississippi to keep its statute, effectively weakening abortion rights without gutting them in total.

The decision kicks the issue of abortion rights back to the individual states, handing the power to a new subset of deciding justices: each state’s supreme justices, who in all likelihood, are even less well-known by the American public than their national counterparts.

And come November, 86 state supreme court seats will be on the ballot.