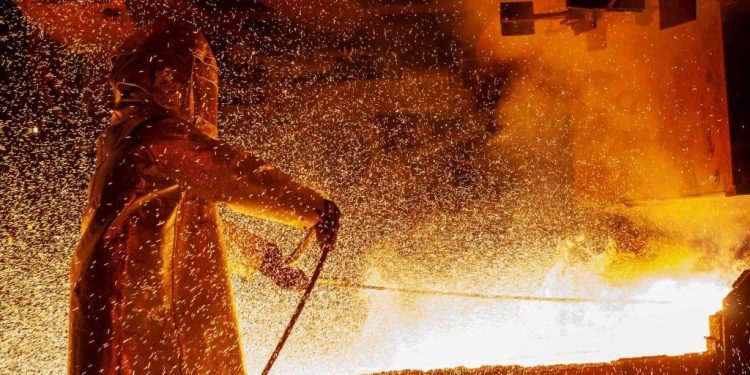 A worker manning a furnace during the nickel smelting process

That could have big implications for the stock and bond market, as investors grapple with the worst start to the year since 1970.

“The NDR Commodity Model has joined the bearish camp, now at its lowest reading since June 2020. As a sign of waning inflationary pressures, this may be a positive indication for bonds, stocks, or both,” NDR said.

The price damage in commodities has been seen in everything from copper to oil, with both commodities entering bear market territory in recent weeks. Copper has dropped 31% from its cycle-high and WTI Crude has declined 24% as concerns of an economic recession grow.

Additionally, the Baltic Dry Index has seen a marked decline, falling by more than 50% from its cycle high. That suggests supply chain bottlenecks are finally easing, according to the note.

“It remains to be seen if demand slows down enough to put the brakes on inflation,” NDR said. If inflation continues to rise, that could help commodity prices regain their upwards price momentum, increase the chances of stagflation, and lead to a secular bear market in the stock market.

But a pattern of lower highs and lower lows in commodity prices since 2009 are indicative of a secular downtrend, and that could put additional pressure on calls for structurally higher energy prices if the pattern holds.

“There’s been diminishing evidence of a secular bull in commodities, or what’s often called a supercycle, especially now that our commodity model has turned bearish again,” NDR said.