The stunning new planets discovered in 2022, so far 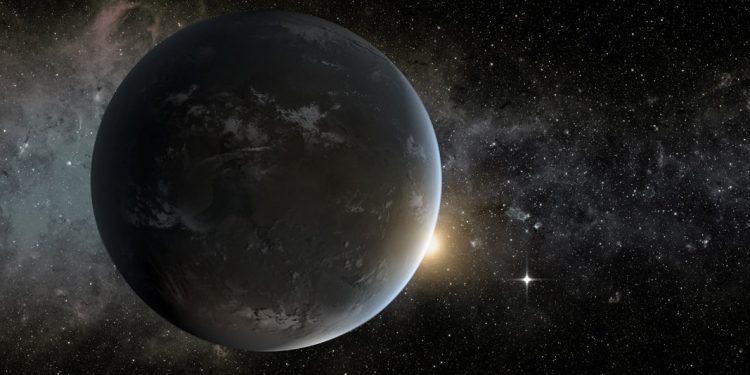 It’s been a landmark year for discovering new, fascinating worlds.

In 2022, NASA surpassed 5,000 confirmed exoplanets, which are alien worlds beyond our solar system. These include a diversity of distant planets, including (perhaps rocky) super-Earths, gas giants like Jupiter, “ice giants” like Neptune, and beyond. Although planetary scientists have discovered thousands of these curious places, it’s likely there are over a trillion exoplanets in our Milky Way galaxy alone.

And in the coming year, the James Webb Space Telescope — the most powerful such telescope ever built — will peer into the atmospheres of some of these planets, giving scientists unprecedented insights into these still largely mysterious orbs.

Some of the most recent discoveries, made so far in 2022, are fascinating, extreme worlds. Read about them below.

The different types of exoplanets discovered by NASA and other space agencies. Credit: NASA / JPL-Caltech SEE ALSO: Many of the Webb telescope’s greatest discoveries won’t come from any amazing pictures

An artist’s conception of the exoplanet WASP-121 b. Credit: Patricia Klein / MPIA

Planetary scientists spot many far-off exoplanets by pointing specialized telescopes, like NASA’s legendary Kepler telescope, at distant stars and looking for dips in their brightness. It’s a strong hint that a planet passed in front of that star.

Sometimes, scientists can even glimpse an exoplanet’s atmosphere (a feat that will grow more common with the powerful Webb telescope). Recently, researchers found that airborne metals and gems likely exist on the cooler side of WASP-121 b, an exoplanet some 855 light-years from Earth. There, it’s cool enough for metals in the high atmosphere — like magnesium, iron, vanadium, chromium, and nickel — to condense into clouds.

What might such metallic clouds look like? “I don’t think we can say what they’d look like for sure, because cloud formation is complicated and we don’t have clouds like these to observe up close in our own solar system,” Thomas Mikal-Evans, an astronomer at the Max Planck Institute for Astronomy and a lead author of the research, told Mashable.

But he speculated these extraterrestrial clouds could resemble dust storms on Earth. Some clouds might be colored blue or red. Others grey or green.

And, sometimes, the clouds could further condense into droplets, ultimately meaning gems raining from the sky.

Most planets are spherical. But not WASP-103b.

The European Space Agency’s (ESA) Cheops space telescope (short for CHaracterising ExOPlanet Satellite), found that WASP-103-b — a planet twice the size of Jupiter — zooms around its star in just a day. This causes extreme tugging on the planet, a much more intense version of how the moon tugs tides on Earth. Ultimately, this tugging has deformed the planet from its once spherical shape.

The Cheops satellite measures tiny changes in light, and was able to observe the planet’s odd shape as it passed in front of its star. “The size of the effect of tidal deformation on an exoplanet transit light curve is very small, but thanks to the very high precision of Cheops we are able to see this for the first time,” the ESA’s Cheops project scientist, Kate Isaak, said in a statement.

A rare discovery on a “Super Neptune.”

Some 150 light-years from Earth, astronomers detected a “super Neptune” (meaning a planet a little larger than Neptune) with water vapor in its atmosphere. That’s a rarity.

“At 150 light-years, [TOI-674 b is] considered ‘nearby’ in astronomical terms,” writes NASA, which is one reason scientists can glean the chemical make-up of its atmosphere.

“Many questions remain, such as how much water vapor its atmosphere holds,” the space agency added. “But TOI-674 b’s atmosphere is far easier to observe than those of many exoplanets, making it a prime target for deeper investigation.”

Perhaps the James Webb telescope, which will return its first cosmic images in July 2022, will peer deeper into this exoplanet’s atmosphere.

The over 30-year-old Hubble Space Telescope imaged the planet, which is developing in a still young and volatile disk of gas and dust, called a protoplanetary disk. The nascent solar system’s star is just 2 million years old. (The sun, for context, is over 4.5 billion years old.).

The new planet is giant. Scientists suspect its nine times bigger than Jupiter. And it orbits profoundly far from its star, at some 8.6 billion miles away. That’s over twice as far as Pluto is from the sun.

Unlike most planets, which researchers think formed when smaller objects in the planetary disk collided and grew into large, hot planetary objects, AB Aurigae b may have formed when its cooled disk broke up into big fragments.

Exoplanet discoveries will be added as scientists find more wild worlds in 2022.