The source of the Black Death plague is finally pinpointed by scientists, new study says 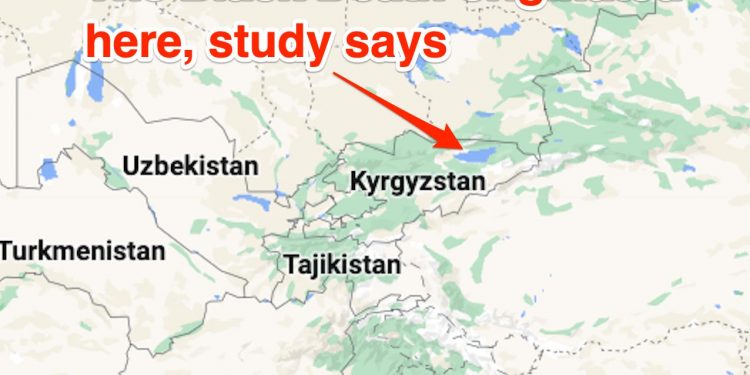 According to a new study, the Black Death originated near Lake Issyk Kul in the mountainous Tian Shan region of northern Kyrgyzstan.

Scientists say they have finally pinpointed the origins of the historic Black Death plague, according to a new study.

The Black Death was a pandemic caused by the bubonic plague that killed an estimated 25 million people in Europe between 1347 to 1351 and tens of millions more worldwide, carried by rats infested with plague-carrying fleas.

Historians have long debated its geographical origins. However, according to a new study in the science journal Nature, the Black Death originated in northern Kyrgyzstan in central Asia in the late 1330s.

A team of researchers from Scotland’s University of Stirling, Germany’s Max Planck Institute, and the University of Tubingen analyzed ancient DNA from the teeth of seven skeletons discovered in cemeteries near Lake Issyk Kul in the mountainous Tian Shan region of Kyrgyzstan.

DNA sequencing found that three individuals carried Yersinia pestis, a bacterium linked to the outbreak of the plague that led to the Black Death, the study said.

A painting titled “Carting the Dead” by French artist Jean-Pierre Moynet that depicts a cart of bodies that died from the Black Plague in the 1300s.

Previously, the Black Death was believed to have originated in the Black Sea region in 1346, but the study said its findings predate that.

The scientists chose the cemeteries near Lake Issyk Kul because they had previously identified an unusually high spike in the number of burials between 1337 and 1339, according to the study.

Some of the headstones, written in the Syriac language, noted the causes of death as “pestilence” — an archaic word used to describe a fatal epidemic disease, especially bubonic plague.

The first victims of the Black Death would have died in agony. The most common symptoms of the bubonic plague were large, pustulant boils (buboes) in the groin, neck, and armpits. Acute fever and vomiting blood followed. . The skin sores become black. They would have died between two and seven days after infection.

Yersinia pestis bacteria as seen under a microscope. This bacteria is the cause of the Bubonic plague, also known as the Black Plague or Black Death.

The presence of Yersinia pestis in the three exhumed bodies from this cemetery points to an earlier origin date for the deadly plague than 1346, as was previously assumed.

“Our study puts to rest one of the biggest and most fascinating questions in history and determines when and where the single most notorious and infamous killer of humans began,” said Philip Slavin, a University of Stirling historian, per Metro.