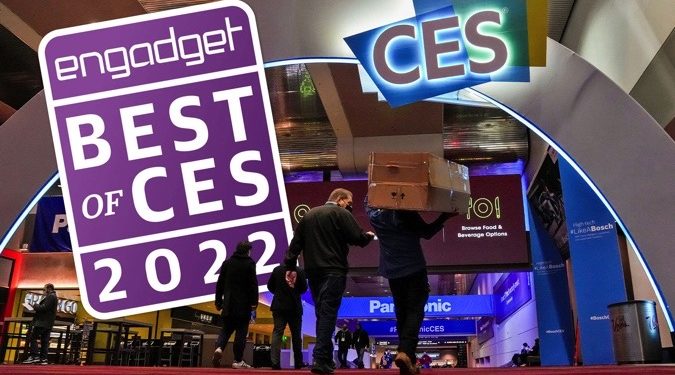 Welcome to your Monday morning! CES is a wrap. While we planned to send a small team of Engadget staff to Las Vegas to cover the show in person, Omicron appeared on the horizon, and, well, our plans changed.

We also decided, under those circumstances, to do our own thing for our annual CES Awards. Our favorites run the gamut from familiar categories like mobile, TV and wearables through to sustainability innovations, wildcards and transport tech. Did we miss anything?

Apple may unveil a new iPhone SE this spring

Bloomberg’s Mark Gurman claims Apple is expected to introduce a third-generation iPhone SE this spring through a virtual presentation “likely” happening in March or April. As we’ve already heard rumored before, Gurman says the new SE would still cling to the iPhone 8-era design but add 5G and a new processor, bringing it closer in parity to existing iPhones. We last saw the iPhone SE in 2020, running on the A13 Bionic.

Bad coding has some Honda cars stuck in the year 2002

It’s not the first time a Y2K-style bug has sent Honda and Acura vehicles to the past.

Since the start of the year, Honda’s forums have been flooded with reports of people complaining the clocks and calendars in their vehicles are stuck in 2002. It’s affecting Honda and Acura models with GPS navigation systems manufactured between 2004 and 2012, with reports of people encountering the problem in the US, UK and Canada. What’s more, there doesn’t appear to be a fix at the moment. Each time someone starts their car, the clock resets — even if they manually set it beforehand.

IKEA and Sonos have released a second-generation version of their Symfonisk bookshelf speaker. No Earth-shattering changes here, but the update features a faster processor and more memory and draws less power when it’s on standby. It also comes with a longer power cable.

However, looking at the new model next to its first-generation counterpart, the most visible change is an updated button layout that brings the volume controls next to one another. Prices appear similar to the original in the Netherlands, but we’re still waiting to hear if or when the update will make it to the US.

PayPal confirms it’s exploring the launch of its own cryptocurrency

It will reportedly be backed by the US dollar.

PayPal’s VP of crypto and digital currencies has confirmed to Bloomberg that the online payment provider is “exploring a stablecoin.” Jose Fernandez da Ponte added the company will work closely with relevant regulators if the project goes forward.

The company is using a strategy sometimes reserved for supercars.

Ford is giving dealerships the option to ban customers from reselling the Lightning for up to a year after purchase. As the (since-pulled) document on the F-150 Gen 14 forums revealed, the dealer could “seek injunctive relief” to block ownership transfer or even demand payment for “all value” generated from the sale.

UK watchdog to grill Meta over child safety in VR

Breakthrough could help you 3D print OLED screens at home