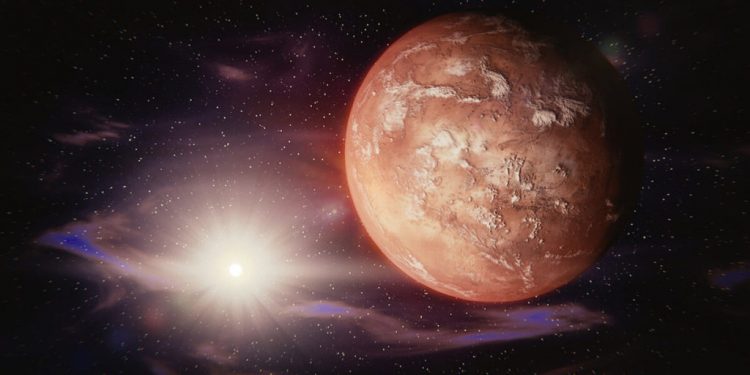 A seismometer placed on Mars by NASA’s InSight landing module recorded two of the largest seismic events to date, which occurred days apart. The 4.2 and 4.1 magnitude Mars shocks were detected on the far side of the planet from InSight and were five times stronger than the largest event recorded earlier.

An international team of researchers analyzed data from the SEIS seismometer on Mars. They were able to identify reflected longitudinal PP and transverse SS waves from an event of magnitude 4.2, called S0976a. Seismologists have determined that the Mars shake occurred on August 25, 2021 in the Mariner Valleys. This is a giant canyon system on Mars. Scientists note that seismic activity in the area had previously been suspected based on image analysis, but the first confirmation has only now been obtained.

24 days later, the seismograph recorded another S1000a event with a magnitude of 4.1. Researchers have not been able to determine the exact location of the epicenter of the Mars shake, but it is also located on the far side of Mars from SEIS. Scientists note that for this event, SEIS was first able to record diffracted transverse waves (Pdiff) that crossed the boundary between the mantle and the core. In addition, S1000a proved to be the longest lasting seismic activity and lasted about 94 minutes.

The epicenter of S1000a is somewhere in the darkened zone. The most likely location is indicated by the dotted line. Image: Horlestone et al, The Seismic Record

As the authors of the paper note, both Mars shocks occurred in the shadow zone of the core, an area from which longitudinal and transverse waves cannot pass directly to the InSight seismometer. The planet’s core reflects or distorts the seismic wave. Therefore, PP and SS waves from this area are reflected from the surface at least once before they reach the seismometer. And waves that travel in a “straight line” undergo diffraction at the boundary between the core and the mantle.

“Recording events in the central shadow zone is a real springboard for our understanding of Mars. Before these two events, most of the seismic activity was recorded within 40° of InSight,” says Savas Ceylan, co-author of the study. – Being in the shadow of the core, the energy passes through parts of Mars that we’ve never been able to explore seismologically before.”

It’s been hunted for centuries: what we know about the planet Vulcan next to the sun

Astronomers have found a planet near Earth: it has a very strange orbit