The Insatiable Monster: What We Know About the Black Hole That Swallows One Earth Every Second 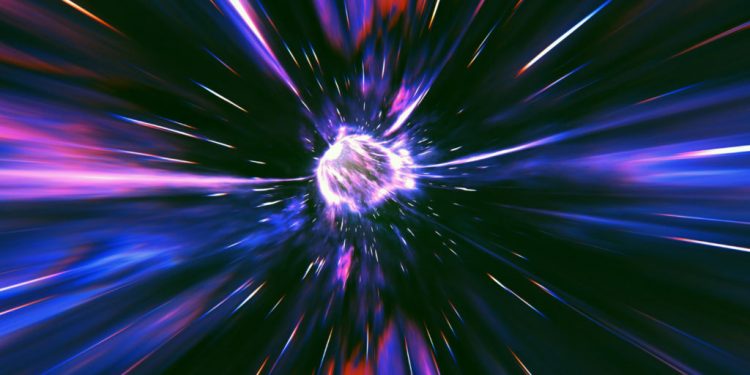 The quasar, which is powered by this giant black hole, can even be seen through an ordinary telescope – scientists told how.

An Australian group of astronomers found a black hole: it is 500 times larger than the one at the center of the Milky Way. From this finding, scientists will figure out how galaxies, particularly ours, evolved and formed.

Now an international team of researchers has stated that this supermassive black hole absorbs a volume of matter equal to one Earth every second.

It is the brightest and fastest-growing supermassive black hole scientists have ever found.

People have been looking for such objects since the 1960s, said lead author Christopher Onken, an astronomer at the Australian National University. And somehow this black hole couldn’t be found for a long time.

How was the black hole found?

A team of researchers found a black hole when they were looking for pairs of double stars, which are objects that revolve around the same center of mass. They used the SkyMapper telescope, which is located in New South Wales.

Adrian Lucey, a graduate student at Columbia University in New York, found about 200 suspected double stars, but, according to Onken, there was something strange among them.

“One of the objects turned out to be something that didn’t look like double stars at all,” Onken said.

To get a closer look at the strange object, the team used a 1.9-meter telescope at the South African Astronomical Observatory in Cape Town.

These waves or bright lines of light indicate that there is rapid gas movement going on there. This means that the object is powered by a supermassive black hole.

What do we know about this huge black hole?

Supermassive black holes, with masses in the millions or billions of Suns, are the “engines” that propel some of the brightest objects in the sky: quasars.

From Earth, these luminous objects look a little like stars. But in fact, their light comes from a ring of gas, dust, and stars orbiting a black hole, all together called an accretion disk.

When a black hole sucks dust, gas, into itself because of gravity, this material becomes very hot and begins to glow.

“You could say that the gas sort of flows down in a pancake shape, and this material is then heated by friction,” Dr. Onken said. The material moves faster and faster as it approaches the event horizon, a black hole – a point from which not even light can escape. Eventually, all of the matter enters the black hole beyond the event horizon – making its mass grow.

It was this glowing, fast-moving gas vortex that helped Oncken and his team measure the mass of a supermassive black hole-it was about 3 billion suns. For example, the black hole at the center of our galaxy has a mass of about 4 million suns.

Although J1144 was fainter than other quasars discovered over the past 60 years, it was much farther away and brighter than other objects of similar age. The team also compared J1144’s luminosity over the past 45 years to see what it was like in earlier observations.

It turned out that the giant quasar had remained consistently bright for a long time. This means that its black hole was constantly absorbing gas and everything else in its path.

Michael Cowley, an astrophysicist at Queensland University of Technology, said that if a supermassive black hole has such an impressive size, it means it is connected to a huge galaxy.

You can even look at the quasar with an ordinary telescope. Here’s how.

The light from this quasar is 7,000 times brighter than the light coming from the Milky Way. This means that the quasar can be seen with a suitable telescope. According to Onken, this requires a telescope 30-40 cm in diameter and a camera that takes long exposure images.

J1144 is in the sky to the northwest of the Southern Cross, glowing in the constellation Centauri.

According to Dr. Cowley, it is a rare find that can provide information about the formation and evolution of galaxies. This is because the properties of a supermassive black hole and its host galaxy are interrelated. By studying black holes, we can understand the structure of a galaxy and vice versa.

J1144 is outside but not far from the Milky Way, so this object can be used as an example to study how gas moves in and out of our galaxy.

Now Onken and his team want to understand how such a huge supermassive black hole formed. It is not yet known whether it grew gradually or whether there was a major collision of galaxies that generated a lot of gas and dramatically increased its volume.