The grassroots don’t want to, but the top can’t. There is a revolutionary situation on the fuel market in the U.S. 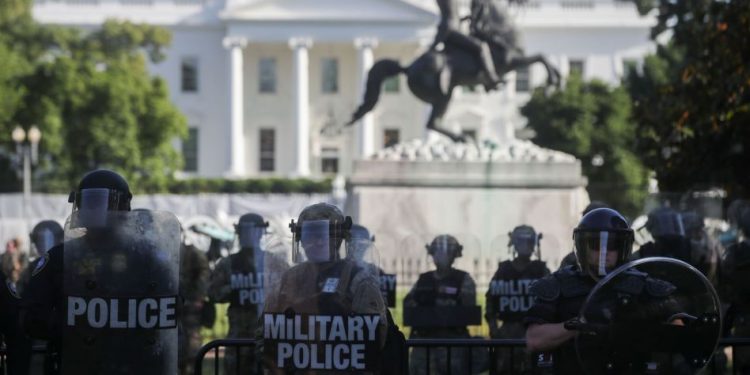 The media is replete with the words of U.S. Energy Secretary Jennifer Granholm, who urged support for the Washington administration’s message to produce more oil to stabilize global prices.

In an interview with CNN, she expressed hope that Joe Biden would soon have a meeting with the crown prince of Saudi Arabia, where the U.S. president is going to attend a conference. Why Mohammed bin Salman would do that, she couldn’t elaborate. Or maybe she doesn’t know what happened to the previous US attempts to “force” the Middle Eastern exporters to play to their tune?

The White House is not up to the task

She is scheduled to meet next week with the heads of U.S. oil corporations. I would be extremely interested, and perhaps even amused, to hear this broad’s arguments as she salivates over the green agenda-beaten sector. Her speech would look especially piquant against the backdrop of the special “super-income tax” being prepared at a time of inflated energy prices.

A revolution in the U.S.? All in good time.

Putting aside all inner-American political games and pre-election populism, only one thing is clear right now: at present there are no opportunities in the world to increase oil production so much that it would cause a drop in prices

The explanations that this is possible only with the official and full-fledged return of the Russian Federation to the world market have already become worn out. It is our volume that has left the market this year that is the main reason for the maximum price tags for black gold over the last eight years.

It is already difficult to take the situation on the global energy market seriously. Is it just me who thinks that we are witnessing a classic example in history when fools really started to run the state? I can’t call what’s going on any other way.

Revolutionary situation in the U.S.

The grassroots don’t want to buy gasoline at $5 a gallon, and the tops can’t admit their geopolitical mistakes. Trying to save face does not allow them to undo the wrong decisions that have led not only to energy tensions, but also to record inflation, which may be the main cause of the coming recession.

Too bad they don’t have Lenin. He would not only appreciate the beauty of the present moment, but perhaps he would raise the masses to rebuild the United States. There are plenty of reasons, from the spiritual concept of Aztlan and the independence of Texas and California, to equal rights for Native Americans and the resulting total redistribution of the U.S. oil industry.

And if anyone doesn’t find this historical parallel relevant, I suggest reading the CRECA reports, which quite explicitly describe the current re-export of Russian oil to the US and Europe via the Suez Canal using the facilities of India’s Reliance Industries. India is of course the largest importer in the region, but a 30-fold increase in shipments from Russia in recent months is closer to our song.