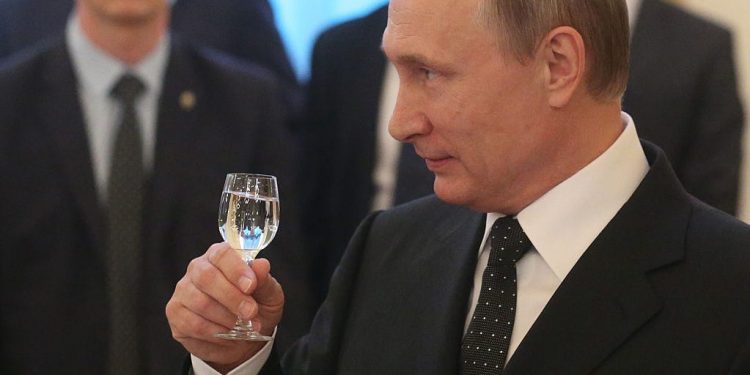 The European Union slapped sweeping sanctions on Russia and its oligarchs over the invasion of Ukraine — but now, the trade bloc is struggling to enforce them, Reuters reported on Thursday.

The EU’s 27 member states are having trouble enforcing the sanctions because of legal and manpower-related obstacles. In particular, even when sanctions are in place, most EU countries can only go as far as freezing assets — meaning they can still be used by their owners, Reuters reported. However, those same assets cannot be sold or transferred by the owner, or seized by the state.

“In most member states, this is not possible and a criminal conviction is necessary to confiscate assets,” the European Commission (EC) told Reuters.

That means an oligarch can continue living in a mansion that has been frozen by authorities.

Poland government spokesperson Piotr Muller told Reuters the country would have to change its constitution to be able to seize assets. France has frozen around 850 million euros ($937 million) in assets belonging to sanctioned individuals, but owners can still use physical properties, the country’s finance ministry told the news agency. And Italian lawyers told Reuters the country would have to start separate legal proceedings to seize frozen assets.

So, even though sanctioned individuals’ bank accounts and assets are technically frozen, only a small proportion of their wealth has been impacted so far, Reuters reported, citing EU officials and government information.

Tracking down the assets is another challenge, as many oligarchs have reshuffled their holdings, including shifting assets around intricate webs of onshore and offshore companies.

For instance, steel tycoon Alexei Mordashov moved $1.3 billion worth of shares in a tour operator to an offshore tax-haven the day he was hit with sanctions, regulatory and corporate filings suggest. Control of an investment company linked to another sanctioned oligarch, Roman Abramovich, was shifted to one of Abramovich’s close business associates the day Russia invaded Ukraine, The Wall Street Journal reported.

Meanwhile, years before the current wave of sanctions, billionaire Alisher Usmanov moved much of his assets into trusts for the purpose of estate planning, a spokesperson for the tycoon told Reuters on Tuesday.

Last week, the EC set up a “freeze and seize” task force to enforce the sanctions against Russian oligarchs. The task force has not yet identified any asset that needs to be frozen urgently over the risk that it can be sold or moved from the EU, Reuters reported, citing a senior official from the trade bloc.

An EC spokesperson told Reuters member states have to report efforts taken to implement sanctions, but declined to say if they all complied, and did not reveal a value for frozen assets so far.

The EC did not immediately reply to Insider’s request for comment sent outside regular business hours.