The Dow Jones marked U.S. Independence Day with a decline in index futures. Ray Dalio raises bets on the fall 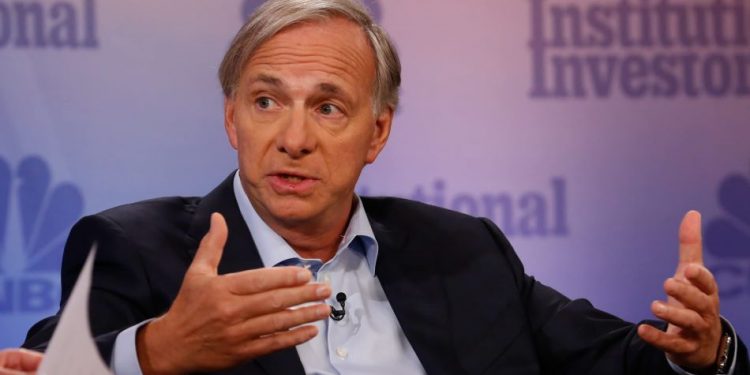 The main trading session on the US stock exchanges was not held due to the Independence Day celebration. Nevertheless, this did not prevent index futures from showing a slight decline.

The Dow Jones, S&P 500 and Nasdaq lost 0.3 percent to 0.5 percent amid an incident in a Chicago suburb. According to CNBC, an unknown man opened fire on a parade of local residents from the roof of a house. At the moment, not only the police but also the FBI are working at the scene. Remarkably, this came just days after the U.S. Congress passed the most significant gun control bill in decades.

The Old World stock market showed a positive mood on Monday amid commodity market data and a rise in energy stocks. West Texas Intermediate (WTI) futures contract price soared more than 2% to above $110 per barrel. The European benchmark Brent at the same time has almost reached $114.

We will not consider the analytical note of the American bank JPMorgan, in which the analysts described the possible consequences for the market of the developed by the European Union price restrictions on oil from Russia, as the reason for the growth of the black gold quotes, but we can remind about the “stratospheric” $380 per barrel.

Ray Dalio raises the stakes for the fall

On Monday, Ray Dalio, founder of the world’s largest hedge fund Bridgewater Associates, dedicated his post to this, criticizing Washington’s political extremes over the events in Ukraine and warning that Russia could lose far less in this conflict than the American populists suggest. If Ukraine is some kind of benchmark world order for NATO, then events are developing very badly for the West.

It has become clear that there are not many countries that are resolutely opposed to Moscow, and the continuing conflict is beginning to destroy consensus within the bloc itself, where participants are beginning to realize the cost of their participation. I would like to sum up the words of the American financier with his stock positions. According to MarketWatch, Bridgewater Associates increased its bets on the fall of the European stock market to nearly $9 billion last month.

The German stock index DAX dropped 0.31% amid a 27% drop in Uniper securities. There are reports in the press that the German company may need the help of the Federal Government to mitigate the consequences of cuts in Russian gas supplies to Europe. Perhaps right now, when the company’s fate looms on the horizon of not a bright prospects in connection with the shortage of natural gas, it is appropriate to recall that it was Uniper who was a shareholder of the international Nord Stream 2 project on the part of Germany.

The energy news does not end there, it is just the beginning. Buyers of natural gas futures contracts increased sharply taking advantage of the strike of gas industry workers in Norway scheduled for Tuesday, the tense geopolitical situation and the upcoming scheduled maintenance of Nord Stream, which according to some “analysts” may take too long. At the close of trading, the blue fuel went up 13% in Europe and the price per 1,000 cubic meters on the TTF index of the Dutch hub exceeded $1,800.

Will Chevron support the Dow Jones?

Investors are scrambling to draw meaningful conclusions from the first half of the year, during which the Dow Jones and S&P 500 stock indices posted their worst results in decades. This week, central bank actions come back to the forefront. On Tuesday, the Bank of England will give us its six-month financial stability report, the U.S. Federal Reserve will release the minutes of its latest Federal Open Market Committee meeting on Wednesday, and on Thursday, the ECB will report on its monetary policy discussion.

Oil and gas stocks were the only bright spot amid the black abyss of the aforementioned half-year. The S&P 500 Energy sub-index was up 30% during that time, trying to offset the decline in the broad market. According to analysts at Raymond James, oil prices are likely to remain above $100 a barrel for the rest of this year. That means profitability for companies throughout the oil and gas chain will remain high. Energy stocks can become quite volatile as they were in June, but any weakness in these securities should be seen as a potential buying opportunity.