The Dow Jones “follows” the Fed rates. Comparing the length and breadth of previous bear markets since 1973 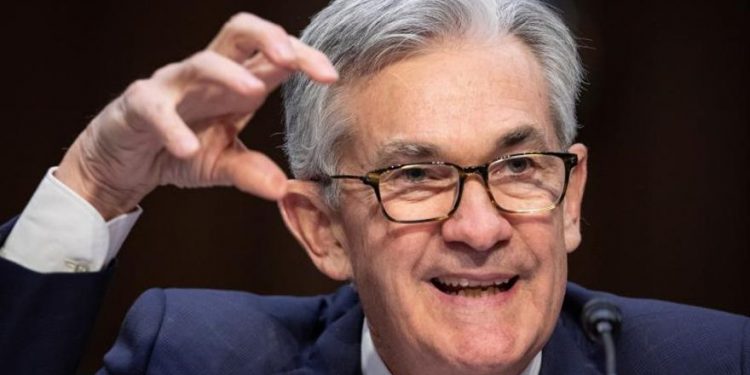 The U.S. stock market predictably rebounded on the back of a rate hike within expectations, and Fed Chairman Jerome Powell’s confident intentions to prevent a rise in inflation.

Shares Boeing (BA) +9.46% helped the Dow Jones Industrial Average gain 1% in the trading session and broke its five-day negative streak. The largest aircraft manufacturer in the USA doubled the aircrafts delivery in May in comparison with the same period last year. In addition, some media outlets reported on the possible resumption of 787 Dreamliner deliveries in the coming weeks.

The Fed raised the rate as expected

The Federal Reserve raised the rate by 75 basis points for the first time since 1994, and Jerome Powell explicitly said he might do the same again next month, instilling confidence in investors with his clear intention to bring down inflationary growth. At the end of the two-day meeting, the Federal Open Market Committee said it was committed to a 2% inflation target.

The Fed was first criticized for not expecting the fastest price growth in four decades and later for being too slow to respond. On Wednesday, the U.S. central bank used heavy artillery in an attempt to cool prices. As for the future prospects, the possible landing of the U.S. economy may be more uneven than previously assumed,” Bloomberg agency commented on the monetary news.

At the moment the representatives of the Federal Reserve forecast tightening of monetary policy for 175 basis points more up to 3.4% during 2022. And the peak will become 2023 when the rates will grow to 3.8 – 4%. Along with their increase, Fed officials reduced their U.S. GDP forecast for the current year to 1.7%. Although back in March these figures were at least 2.8%. The inflation forecast also rose to 5.2% from the previous 4.3%.

The energy sector, which had been an island of protection for investors throughout the prolonged decline, was the worst performer in the

Against the backdrop of monetary events, oil quotes lost more than 2 percent due to fears of falling demand. West Texas Intermediate (WTI) futures contracts hit $116 a barrel and North Sea Brent fell to $118.80.

Nevertheless, oil companies remain the most profitable investments this year. Despite stock markets falling by dozens of percent, U.S. oil company stocks at the same time show gains of 50 percent or more over the first half of the year.

Despite the aggressive actions of the monetary authorities, we should not hold out hope that the current bear market will be as short-lived as it was during the pandemic, when the S&P 500 index bottomed out in just one month after showing its highs. Existing risks are still out there, ready to tickle investors’ nerves at any time.

Geopolitical tensions in Europe persist, as do supply chain problems around the world. Record inflation has just begun to be fought, and the actual results of this fight are currently lacking.

The info-graphic shown here clearly hints that the situation could get even worse in the short term. Note the length and depth of the recent bear markets on the S&P 500 broad market index. Cycles over the past fifty years have shown an average 38% decline, and losses often took years to recover.