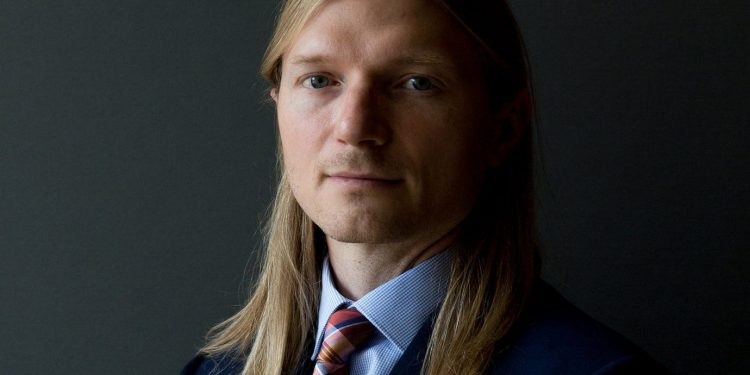 Jesse Powell is the founder and CEO of crypto exchange Kraken.

In an interview with Protocol published Monday, Jesse Powell said he doesn’t take himself too seriously and prefers not to speak politically, opting instead for staying transparent.

“I wouldn’t go back and change my attitude about it,” Powell told the publication. “I don’t want to become completely, fully censored. I want to be able to share what I’m thinking with the company. And I hope that the company can give me the benefit of the doubt when I’m saying something that I’m not trying to attack people.”

Kraken did not immediately respond to a request for comment.

The drama began earlier this year when Powell unveiled to staff a program known as Jet Ski, incentivizing employees to leave the company if they didn’t agree with its values,The New York Times reported in June. Employees had until June 20 to take advantage of it.

The report also detailed internal turmoil regarding the culture that Powell was cultivating, citing interviews with employees who described “hurtful” and demeaning comments about preferred gender pronouns and women.

Powell stood by his stance, saying there’s a line with self-identity in the workplace. He likened an employee’s work persona to a Disneyland worker playing Mickey Mouse, per Protocol.

“Your job is to be Mickey Mouse and make everyone believe that you’re Mickey Mouse and to put your own identity in the back seat while you’re in the theme park,” Powell said. “And you can be whoever you want when you leave.”

Powell rolled out a 31-page document in June detailing his company’s culture that included sections like “we don’t forbid offensiveness” and said there should be a “tolerance of diverse thinking.”

He tweeted in mid-June that “people get triggered by everything and can’t conform to basic rules of honest debate. Back to dictatorship,” a post that caused backlash from critics.

In response, Powell told Protocol: “I guess some people interpreted having rules as being arrogant or being authoritarian. I don’t know if these people are cut out to be working in any company.”

He said his tweet was in response to having run policy decisions by others at the company, an open discussion that Powell said “was just not possible because the loudest voices basically drowned out everyone else.”

The exec said people have to be a bit thick-skinned, per Protocol.

“I don’t know what to say to people who feel like they deserve some kind of a workplace where they don’t have to adhere to policies,” Powell said. “If that comes off as authoritarian or whatever, you know, I guess that’s fine.”