The 20 planets that Webb will find will be named by anyone. We tell you how to do it 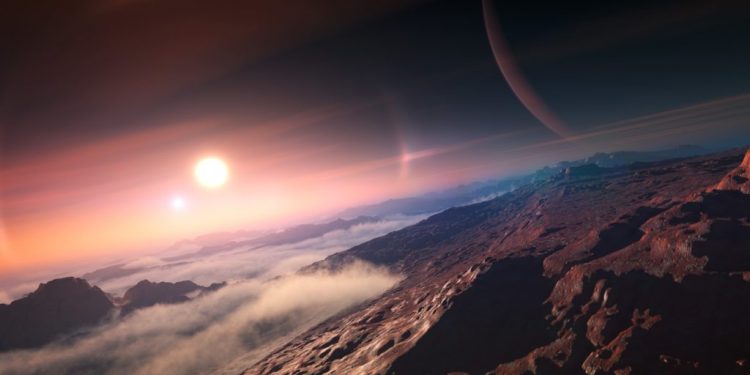 The IAU is responsible for naming all objects in space, from constellations, comets and asteroids outside the solar system. Although the organization names the planets itself, the next discovered planet will be named with public input through the NameExoWorlds 2022 contest. It marks the 10th anniversary of the Astronomy Outreach Project. According to a press release, the contest aims to invite “people around the world to connect cultures of different nations with distant worlds in space.”

“This is another way to bring people together through astronomy,” said IAU President Debra Elmegrin.

Which planets can you name?

The NameExoWorlds 2022 contest asks people to name 20 exoplanets. All of them are outside the solar system.

According to the IAU, they are of “special interest” because they will be the first exoplanets observed by the James Webb telescope. They will be discovered using the transit method and direct imaging. Astronomy buffs will also name the star around which the exoplanet orbits.

How to name a planet?

The idea behind the International Astronomical Union’s project is for teams of students, teachers, amateur astronomers and scientists to come together to name planets. The proposed names “should refer to objects, people or places that have a long-standing cultural, historical or geographical significance worthy of naming a celestial object,” the IAU explained. At the same time, the names of stars and planets must also have a common theme.

What needs to be done?

Once teams decide on names, they must create and deliver an exoplanet-related presentation, such as an event informing the public, in person or online, about exoplanets and their significance.

Teams must also present their proposal in a written invitation in English of no more than 300 words and a video in the teams’ native languages of no more than three minutes.

The selection of the proposals will take place in two stages. In the first, national selection panels will name the best proposal from each country, as well as two alternate candidates. In the second phase, an international committee will review the options selected by the national commissions and select the winners.

What names are not allowed?

Standard International Space Union restrictions will apply to the submissions for the contest. For example, you can not use the names that have been used for the other celestial bodies, the names of real people (no matter if they are alive or dead), as well as places that are named after them.

Banned are pet names; trademarks, names that are protected by copyright laws; any neologisms, acronyms, abbreviations, compounds and combinations of several words.

Names of organizations are inadmissible; as well as any names that are associated or evoke associations with politics, religion and armed conflicts.

Have such contests been held before?

This is the third time the IAU has allowed the public to name an alien world. Previously, such contests were held in 2019 and 2015.

In 2015 , the public chose names for 14 stars and 31 exoplanets orbiting them. In total, more than half a million people from 182 countries and territories made the decision.

Voting closed on October 31, 2015. Those who suggested winning names were awarded a plaque commemorating their contributions to astronomy.

Representatives from Ireland used the names of mythological dogs (Bran, Tuiren) from the Irish legend “The Birth of Bran” for the planet HAT-P-36b (Bran) orbiting the star HAT-P-36 (Tuiren) in the constellation Hound Dogs.

The team from Jordan used the names of ancient cities and protected areas in the south of the country for the exoplanet WASP-80b (Wadirum) orbiting the star WASP-80 (Petra) in the constellation Eagle.

Representatives from Malaysia recalled the gems and used the Malay language for the exoplanet HD 20868 b (Baiduri) orbiting the star HD 20868 (Intan) in the constellation Fornax.

The names that Burkina Faso representatives prepared for the planet HD 30856 b (Nakambe) and its star HD 30856 (Muhun) refer to the local names of known rivers. The system is located in the constellation Eridanus.

“Useless” bacteria on Earth will provide life for Mars colonizers

Portrait of “king of ancestors” found on pyramid in China. He ruled more than 4,000 years ago