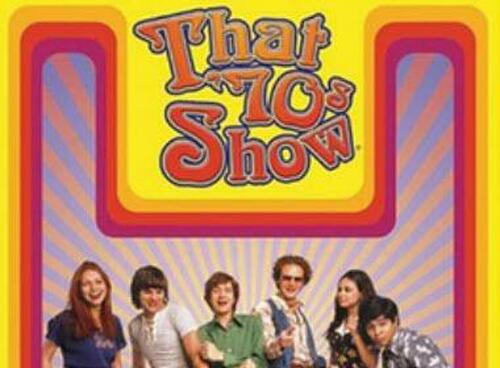 A combination of surging consumer prices and public-sector labor strikes has understandably reawakened memories of the years preceding the recent era of persistently low inflation. It is now up to policymakers to manage the situation appropriately, even if it means telling voters what they do not want to hear.

There has been much talk lately of a return to 1970s economic conditions. Here in the United Kingdom, year-on-year inflation reached 9.1% in May, and disruptive labor strikes are dominating the headlines.

But is a 1970s-style economy really in the offing? Much will depend on what happens with wage settlements and monetary and fiscal policy. And there are of course several global forces to consider, including COVID-19, China’s uncertain economic outlook, Russia’s war in Ukraine, and the parlous state of global economic and political governance generally.

With workers demanding higher wages, long-term inflation expectations have become a central issue. In early June, the University of Michigan’s closely watched inflation-expectations survey showed that respondents’ expectations of inflation over the next five years had risen sharply from 3% to 3.3%. This is worrisome, and it is a blow to those (like me) who have been arguing that the evidence for the medium- to long-term picture is still rather mixed. Other surveys (outside of financial markets) had suggested that the recent spikes in energy, food, and consumer prices were one-off events, rather than signs of genuine inflation.

But now, there is a greater risk that inflation expectations are indeed becoming unanchored. That puts the US Federal Reserve and other central banks in a difficult position, because they simply cannot allow this trend to become entrenched. If they did, we really would be heading back to the dark days of five decades ago. The tone of the Bank of England’s minutes following its recent 25-basis-point interest-rate hike was notably more hawkish than it had been previously, pointing to more big policy-rate increases in the coming weeks and months.

In this context, wage negotiations have become a decisive factor in the economic outlook. Given the heightened risk of a wage-price spiral, I think the British government is right to take a tough line with the main rail workers union. A strong message must be sent to the public and the media. While 8-9% inflation represents a large hit to disposable incomes, it is driven largely by energy- and food-price spikes that eventually will be resolved. If we want inflation to return to the low levels of the previous 20-plus years, the last thing we need is a massive permanent increase in public-sector pay settlements (unless they can be justified by equally massive increases in productivity).

Moreover, the additional pressure on public-sector finances would be even more severe than in the past, further complicating difficult debates about the appropriate level of taxation relative to public spending. I write this as a champion of concepts like “profit with purpose,” and as the vice chair of the Northern Powerhouse Partnership and the chair of Northern Gritstone. For now, policymakers need to be allowed to get inflation – especially long-term inflation expectations – under control.

To that end, there are three elements to an effective response.

First, governments must allow their central banks to do what they need to do to rein in prices.

Second, politicians must stop creating the impression that governments have a magic money tree that they can shake to solve every problem that arises. If a government wants to show that it is being proactive, it should introduce a properly considered framework for its fiscal policy.

A good example is former UK Prime Minister Gordon Brown’s famous “Golden Rule,” which allowed the public sector to borrow only to pay for capital investment, whereas current spending had to be financed by taxes and other revenues. A revised version of this is desperately needed now to ensure that public-sector investment spending is not only protected but encouraged.

Third, and on a related note, governments must become more serious about long-term investment spending in general, especially as it relates to “leveling up” left-behind regions. Policymakers should tell businesses to forget about tax cuts unless they can marshal evidence to show that such measures will boost productivity. Decades of corporate-tax cuts do not appear to have boosted business investment and productivity in any meaningful way.

The better approach is to support risk-taking businesses and industries (such as venture capital) in underdeveloped regions, and to be bolder about regulating sophisticated balance-sheet management techniques such as share buybacks – perhaps allowing them only when there is real evidence of productivity improvements. At the same time, political leaders need to explain to the public – especially the millions of lower-income workers – why it is in everyone’s interest to accept some real (inflation-adjusted) income setbacks as part of the process of reining in inflation.

Without price stability or productivity improvements, generous wage, fiscal, or monetary policies will be economically unsustainable. They will represent nothing but false promises.