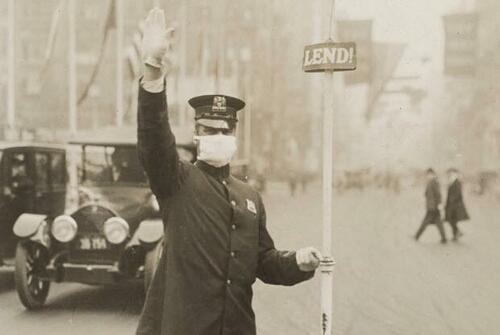 Under the leadership of Randi Weingarten, the American Federation of Teachers (AFT) has long been criticized by conservatives for its support of far left policies and support for Democratic candidates. Nevertheless, as a union, it is entitled to be political and most unions favor the Democrats due to their pro-union policies.

However, the concern over the AFT’s agenda become far greater when it announced that it would team up with NewsGuard to start to flag news sources deemed “misinformation.”

NewsGuard is co-founded by Steve Brill who has been accused of bias against Republicans and conservatives. Conservative sites have previously tagged NewGuard as “heavily skewed” in favor of the left. The “misinformation” label has been used extensively by liberal media to kill stories like the Hunter Biden laptop stories as unreliable.

Indeed, Brill is under fire for being one of the voices falsely claiming that the Hunter Biden laptop was likely false Russian disinformation. His company will now put “traffic lights” on information for children on what sources they rely upon.

The timing of the announcement could not be worse after the New York Times finally recognized that the Hunter Biden laptop story was legitimate and the controversial emails authentic.

For two years, some of us have been hammered as spreading “Russian disinformation” and false allegations in raising concerns over the raw influence peddling by the Biden family. Steven Brill was one of those voices flagging the story as likely “disinformation.”

Brill assured viewers on CNBC that this was likely all untrue:

“My personal opinion is there’s a high likelihood this story is a hoax, maybe even a hoax perpetrated by the Russians again.”

The media campaign to bury or block the story worked. The Biden family had long been accused of special dealing and influence peddling. The emails were potentially devastating with references to millions from foreign sources, including shady Chinese, Russian, and Ukrainian interests while Joe Biden was Vice President. The media actively participated in shielding the Bidens from the scandal.

In fairness to Brill, he opposed efforts to block the story and did not support moves like Twitter to bar references to the story before the election. (After Biden was elected, Twitter admitted it was a mistake by Democrats then demanded more censorship). I agree with him entirely that the solution is to allow readers to decide by comparing news sources.

However, the interview had an interesting element. Brill’s objections to Twitter and FaceBook killing the story was that they are not qualified to make that decision on what, in his words, is likely a Russian “hoax.”

That is what NewsGuard does in flagging unreliable sources. He is clearly referring to himself as one of those qualified to make that decision. Yet, he was entirely wrong. At the time, many of us were noting that Biden did not deny that this was his laptop, that it was seized by the FBI in an ongoing criminal investigation, and some recipients of the emails had confirmed their authenticity.  Nevertheless, Brill still thought it was all a hoax.

Weingarten has declared using Brill’s NewsGuard will be a “game changer” in preventing students from being “misled” by news sources. It may well be. It would allow the AFT and school districts to teach students to distrust certain news sources like Fox News, which is given a lower rating by NewsGuard. (For full disclosure, I appear on Fox as a legal analyst).

Conservative and independent sites continue to bedevil many on the left. The laptop story shows how advocacy journalism is now the norm in many newsrooms. Viewers and readers were told by most media figures, including Brill, that the story was likely Russian propaganda and untrue.

The unsupported hoax claim (which contradicted readily available authenticating evidence at the time) raises the specter of a type of de facto state media. The problem is that such an echo chamber is only fully successful if there is no alternative source of information. Yet, Fox and New York Post continued to cover the story as did some of us as columnists.

The most extreme effort was a letter from Democratic members to pressure companies like AT&T to reconsider whether viewers should be allowed to watch Fox News and other networks. It does not matter that Fox News is the most popular news cable station and even has a greater percentage of Democratic viewers than CNN. The members insisted that “not all TV news sources are the same” and called on these companies to protect viewers from “dissemination” of false viewpoints.

Other members have sought to create algorithmic interventions to steer people away from certain stories or books, including the current NUDGE Act being proposed by Sen. Amy Klobuchar (D., Minn.).

The AFT is now seeking a much earlier intervention with children by getting Brill’s NewsGuard to rate reliable and unreliable sources of news. Weingarten has declared that, with Brill’s help, children and families will no longer be “drowning in an ocean of online dishonesty.”

It is unlikely to be reassuring for many that the children instead will be swimming in a pool carefully maintained by the AFT and NewsGuard.