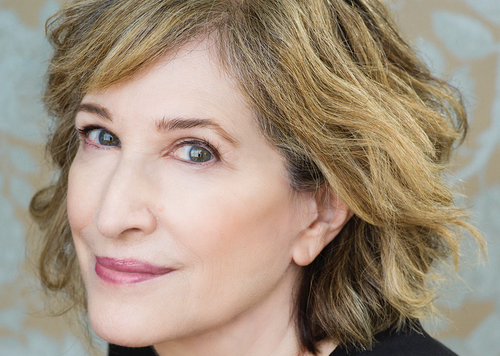 On March 18th, the New York Times published “America Has a Free Speech Problem,” an editorial wrapped around a poll, asserting roughly 80% of the country withholds opinions over fear of “retaliation or harsh criticism.” The piece prompted outrage from Twitter’s moral police — “arguably the worst day in the history of the New York Times” cried blue-check analyst Tom Watson — some of whom claimed the article did so much to legitimize right-wing propaganda about speech suppression that the entire Times editorial board should resign or be fired.

A day before the Times editorial, the Chronicle of Higher Education published an article by author and longtime professor Laura Kipnis called “Academe is a Hotbed of Craven Snitches.” My first question upon reading this disturbing piece was why the excellent word “craven” isn’t used more by writers. The second, after digesting the content — a litany of horrific scenes of students, administrators, and academics destroying each other’s careers and reputations, often over consensual, legal sexual encounters — is how anyone familiar with even a fraction of what Kipnis writes about could quibble with the notion that America has a “speech problem.”

This country doesn’t just have a narrow civil liberties dispute about speech. We’re in a crisis of communication and intimacy, compounded by a uniquely American terror of sex that probably dates back to the days of the Puritans, and seems at the core of what Kipnis calls the “carceral turn” in her world of higher education. Atop legitimate and necessary mechanisms for identifying and stopping campus predators — Kipnis stresses that “sexual assault is a reality on campus, though not exactly a new one” — we’re building new bureaucracies to prosecute an array of social or even just intellectual offenses.

These range from consensual but “inappropriate” workplace affairs (the downfall of University of Michigan president Mark Schlissel), to explicitly permitted sexual relations with adult students not under one’s tutelage (among the reported crimes of University of Rochester professor Florian Jaeger), to trying to intervene on behalf of a lawyerless, accused student (the no-no of University of Colorado professor David Barnett, who was hit with a “retaliation” charge by an administration that then spent $148,000 investigating him), to countless other mania-inspired offenses, from “suspicious eye contact” to a female professor dancing “too provocatively” at an off-campus party, to a ballet teacher saying “I always wanted to partner a banana” in class.

Kipnis was a canary in this speech-lunacy coal mine. She made history in 2015 by becoming the subject of two harassment complaints for the seemingly impossible offense of writing an article (also in the Chronicle, called “Sexual Paranoia on Campus”). Students accused Kipnis of creating a hostile environment via the piece, in which she’d questioned the harassment investigation against fellow Northwestern professor Peter Ludlow, criticized new campus prohibitions against relationships between professors and graduate students, and argued that the logic behind some new campus enforcement policies were politically regressive, re-imposing an old-school paternalism that cast women back in roles as helpless victims in constant need of saving. “If this is feminism,” she wrote, “it’s feminism hijacked by melodrama.”

Kipnis was cleared of the charges, but not before being taken on a tour of the bizarre inquisitorial bureaucracy of Title IX, a federal law originally instituted in 1972 that most Americans associate with an effort to bar gender discrimination and achieve funding parity for women’s sports. The law expanded in the Obama years to encompass not just discrimination but sexual misconduct. The concept ended up being worded so vaguely that, as Kipnis discovered, Title IX was soon used as the broadest of political tools, to hammer out everything from office disagreements to parameters of acceptable thought. She later wrote:

Perhaps you’re wondering how an essay falls under the purview of Title IX, the federal statute meant to address gender discrimination and funding for women’s sports? I was wondering that myself… The answer, in brief, is that the culture of sexual paranoia I’d been writing about isn’t confined to the sexual sphere. It’s fundamentally altering the intellectual climate in higher education as a whole, to the point where ideas are construed as threats —writing an essay became “creating a chilling environment,” according to my accusers — and freedoms most of us used to take for granted are being whittled away or disappearing altogether.

Most Americans don’t know a whole lot about Title IX, among other things because the accused are encouraged/ordered to keep experiences secret. Kipnis’s accusers inadvertently did her an enormous favor here. Not only did they make a colorful writer with a keen satirical bent an eyewitness to a prosecutorial mechanism silly enough in its mindless destruction to have been written by the cast of Monty Python, they also spurred her to look into the case of Ludlow, a once-prominent philosophy professor accused of inappropriate behavior who ended up delivering to Kipnis a literary gold mine.

Campus protesters marched against the possibility of any kind of settlement with Ludlow, so he resigned without a confidentiality agreement, which left him free to hand over to Kipnis the gold mine, i.e. the files from his cases. The transcripts of interviews conducted by Ludlow’s campus inquisitors, along with the mountain of emails and other materials introduced as evidence, painted a picture of a bureaucracy of pre-determined guilt, casual institutional cruelty, and ingrained sexual terror so extreme that the whole concept of viewing sex as anything but predatory appeared to have become taboo in the eyes of officialdom.

Because Kipnis broke the seal on what had been a mostly secret national phenomenon, an avalanche of letters about Title IX incidents soon filled her inbox, offering a shocking sense of the scope of the problem. In her 2017 book Unwanted Advances, she writes that a biopic about disgraced screenwriter Dalton Trumbo “left me reflecting that sex is our era’s Communist threat, and Title IX hearings our new HUAC hearings.” A bold statement, given how ingrained a part of the national psyche the “communist threat” was for generations, but the idea holds up. The book opens by describing her experience and the Ludlow case in painful detail, moves on to recount scores of other incidents and statistics, and concludes with essays asking profound and uncomfortable questions about America’s deteriorating relationship toward sex and intimacy.

Subscribers to TK News can read the rest here.