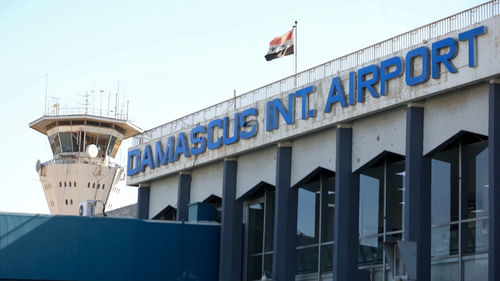 Not for the first time, Syria has been forced to halt all flights from its largest commercial international airport following fresh Israeli airstrikes.

“Syria on Friday halted flights to and from Damascus International Airport, the transport ministry said, after Israeli airstrikes damaged a runway, according to sources,” the AFP reports.

Syrian officials said the temporary “suspension of incoming and outgoing flights through Damascus International Airport” was due to “technical disruptions” – however airport sources acknowledged that an early morning Israeli attack had “affected” the airport.

“We had to postpone all flights for at least 48 hours and some flights have been rerouted through Aleppo airport,” the airport source told AFP.

Further, the pro-opposition Syrian Observatory for Human Rights claimed that some members of the Iranian militias present in the vicinity of the airstrikes were wounded. Regional gulf sources claimed that ‘Iranian weapons shipments’ were struck, but no details or confirmation have been made available.

⚡️🇸🇾 Syrian military source said that approximately at 4:00 a.m. the Israeli Air Forces carried out air strikes from the direction of the #Golan_Heights. The rockets were aimed at several targets south of the city of #Damascus #Syria #Israel pic.twitter.com/90PCHzvfBy

This week, and following a prior Israeli strike on Syria, the Russia joined Syria’s air force in a rare joint patrol and exercise:

The ministry said two Russian SU-35 fighter jets and six Syrian MiG-23 and MiG-29 aircraft simulated facing “hostile” warplanes and drones. Syrian pilots dealt with them with cover and support from the Russian warplanes, it said.

“All illusive targets were monitored and completely destroyed while aerial targets were hit at night for the first time,” the Syrian Defense Ministry said in a statement. It also released a video of the warplanes that it said took part in the drill.

While Russia has in the past years of war provided Damascus with S-300 missile systems, it has typically not engaged Israel – but has in the last month stepped up warnings against Israeli overreaching in its purported ‘anti-Iranian’ operations over Syria.