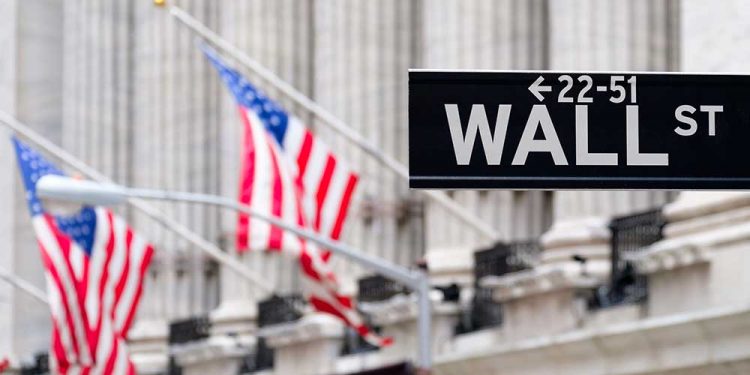 The stock market fell Thursday but erased some of earlier losses that came after a spate of economic and inflation reports pointed toward a recession. Consumer discretionary and technology stocks led the downside.

The Federal Reserve’s preferred measure of inflation came out Thursday morning, with the personal consumption expenditure price index rising 0.6% in May, with a year-over-year increase of 6.3%. Both numbers came in slightly lower than consensus Econoday estimates. Personal income rose 0.5% in May, in line with estimates.

Personal Consumption Is Lower Than Expected

The PCE price index is one measure of U.S. inflation, tracking the change in prices of goods and services purchased by consumers throughout the economy. The core PCE fell from 4.9% to 4.7% and was unchanged, in line with views.

Meanwhile, first-time unemployment claims fell to 231,000, down from a revised 233,000 in the prior week, per the Labor Department.

Apple (AAPL) and Amazon.com (AMZN) declined more than 2% each. Both are trading below their 21-day exponential moving averages after trying to move above those lines in the past several days. Amazon is ramping up for its annual Amazon Prime Day, which is set for July 12 and 13 after being delayed several times due to Covid.

The consumer discretionary and technology sectors were the worst performing sectors of the S&P.

Walgreens Boots Alliance (WBA) was the worst performer in the Dow. It fell nearly 5% despite that the drugstore chain beat Wall Street estimates for both earnings and sales for its fiscal third quarter. Shares climbed last week in line with a surge in health care stocks, but sank below the 50-day moving average on Thursday.

Simply Good Foods (SMPL) plunged more than 8%, on pace for its largest decrease since March 3, 2020, when it fell 13.4%. Simply Good Foods easily beat analysts’ estimates for both earnings and sales, but analysts weren’t happy with the company’s outlook.

“Due to the year-to-date higher than usual customer inventory levels, we expect fourth quarter net sales performance to be below the anticipated retail take-away increase of high-single digits on a percentage basis versus last year,” said Joseph Scalzo, president and CEO.

Steel and mining stocks were also getting hit, with the S&P Materials Sector ETF (XLB) down 1.2%. U.S. Steel (X) was down 2.7%. Schnitzer Steel (SCHN) was down 3% after it reported earnings after the close on Wednesday that beat analyst expectations on both earnings and sales.

The Innovator IBD 50 (FFTY) ETF gained 0.2%, escaping most of the carnage in the major indexes.

Solar energy stocks Daqo New Energy (DQ) and Enphase Energy (ENPH) helped the IBD 50. Both were up more than 4%.